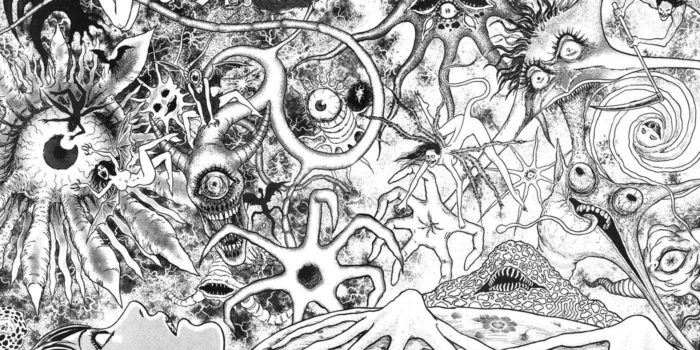 A brief beginner’s guide to manga, from Jane Upson .

Since the 1950s when the manga market first emerged, it has been a huge international success, drawing readers of all ages into its vast variety of different genres and art styles. The world of manga is so broad and varied that there is something for everyone to sink their teeth into, providing people with endless hours of entertainment. For some people, reading and collecting manga can turn into a lifetime pursuit and hobby.

A brief look at the different genres

Where to start with manga depends ultimately on your age, gender, tastes and your interests. There are so many different genres that can even be split down further into different sub-genres or niches. Examples include: action, adventure, drama, thriller, romance, comedy, slice of life, horror and thriller.

Manga is also characterised in Japanese in terms of their target audience. Seinen is for young adult men, and examples include Tokyo Ghoul, Parasite and Berserk. Jousei is for adult women, including titles such as Bunny Drop, Paradise Kiss and Your Lie in April. Shojo and Shonen is for teenage girls and boys respectively, and Kodomo is for kids.

However, these are just guidelines, and it will ultimately come down to taste and what you enjoy as opposed to being determined by your gender! Some of the most popular Mangas and Animes of all time include Attack on Titan, Death Note, One Piece, Cowboy Beebop and Full Metal Alchemist. Any of these would be a good place to start for anyone.

There are a number of websites and manga comic creators that are making manga accessible also to the visually impaired. This is seen as an important step to take for many businesses in order to diversify a workforce or a fan base and to be inclusive of everyone. Both manga and anime are such popular and in demand art forms that there is certainly the audience for it. Braille manga is available, along with well-crafted alt-text being provided for online web comics that can explain what is happening visually and read the text through audio.

Many manga fans would agree that the illustrations have a very immersive and captivating quality to them, stimulating the imagination and drawing you in to the fantasy world of which they are part. This can inspire many people to try their hand at creating manga illustrations for themselves. However, drawing a manga character is not as easy as it looks, you’ll know this if you have ever tried to copy a drawing of a manga character, it’s incredibly unlikely that it would turn out well if you have no prior experience and you take a free hand approach.

The secret to authentic manga drawings

This is because a specific set of metrics and measurements need to be followed for even the smallest detail for it to come out right. That means drawing all the lines in exactly the right place. There’s much more to creating an authentic looking manga character than just giving them big, shiny eyes! If you are looking to get started in drawing manga, then buying a guidebook to get you going is essential.