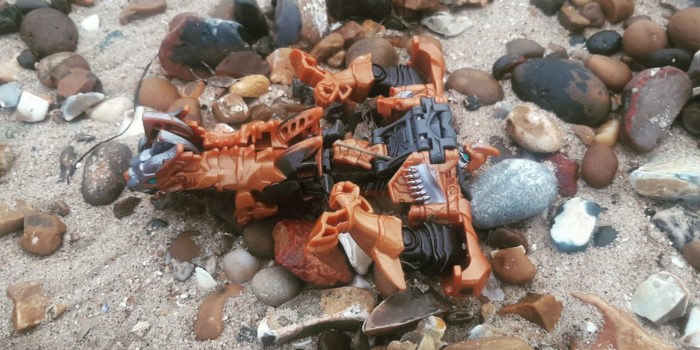 I love taking our little podenco Dobby along the Westcliff beach on a Saturday morning. You never know what rare wildlife you’ll spot, such as this lesser speckled Transformer in its natural habit.

Whenever I make a discovery such as this, it forces me to question the definition of rubbish. Is this piece of discarded, mass produced plastic any different than the crisp packets, face masks and cola bottles scattered beside it?

I suppose the only distinction is that I wanted to take the Transformer home. I didn’t, however, and instead placed it on the sea wall near Chalkwell Station, for a new child to adopt, love and hopefully not throw in the fucking sea.