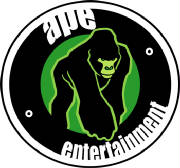 (San Diego, CA – August 16, 2010) Ape Entertainment is bringing some of the most groundbreaking creators to Wizard World Chicago while also hunting for new talent.  Pocket God iPhone app creators Dave Castelnuovo and Allan Dye will be on hand, courtesy of Wizard World, to sign a limited edition version of Pocket God #1 with cover art by Dye himself. Ape Entertaiment COO Brent E. Erwin will be reviewing portfolios at the Ape Entertainment booth (#117) as the company launches a special contest for artists and colorists. From the beginning of Wizard World Chicago through the end of September, submission of a portfolio automatically enters you to win the chance to do a paid back up story in one of the licensed KiZoic line titles releasing in 2011.

Another innovator, Rob M. Worley, will be signing at the Ape Entertainment booth to promote his new book Scratch9. Worley is best known for founding the first website to track news on comic book related films www.comics2film.com.  Revered by industry leaders, Worley’s works spans decades and continents. From webcomics to novels, from Komikwerks to Marvel Worley’s work is a unique vision and enjoyed by every level of comic book fan.

“We work with some of the most amazing people,” explained Erwin.  “Dave and Allan created a fun and addicting game and then allowed Ape to translate it to comics where it has gone on to sell 25K copies in the first week of its digital release. Transferring a well known property successfully to a new medium is no easy task, but having great partners who understand the world of comics makes our job so much easier.”

Ape Entertainment is specifically looking for pencilers as well as colorists. All submissions after the event can be sent to submissions@ape-entertainment.com.  The Pocket God signing will be Friday at 3pm and Erwin will be on hand to review portfolios throughout the entirety of the show. About Ape Entertainment: Founded in 2003, Ape Entertainment is the brainchild of lifelong comic book devotees David Hedgecock, and Brent E Erwin.  Home to such popular titles as GO-GO GORILLA AND THE JUNGLE CREW, SUPERHUMAN RESOURCES, BLACK COAT, ATHENA VOLTAIRE, and THE TROUBLE WITH KATIE ROGERS, it is also the North American publisher for DreamWorks Animation  licensed properties SHREK, THE PENGUINS OF MADAGASCAR, and Kung Fu Panda.