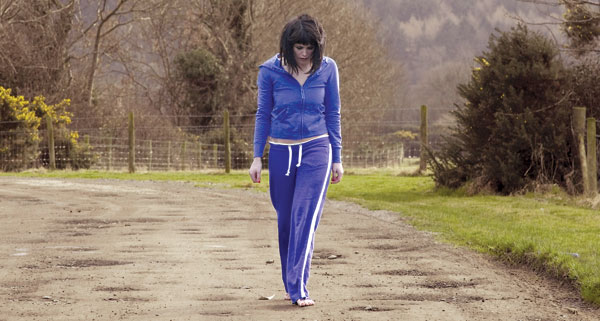 Like criminals Vic and Danny upon the unsuspecting Alice, The Disappearance of Alice Creed creeps up on its unsuspecting audience. Director J Blakeson’s low budget debut opens with two nondescript males (Eddie Marsan and Martin Compston) silently shopping for tools, lining the inside of an equally nondescript white van and insulating a bare apartment. Through little to no dialogue, we are forced to watch as Alice is dragged from the streets by the ex-convicts, ball-gagged, stripped naked and tied to a secured bed.

To say any more of the plot would be to veer into spoiler territory. J Blakeson’s debut is a tautly wound coil of lies and double-crossings, one that slows after those first stomach-turning ten minutes and becomes an intricate character-centric thriller. Structurally, it’s more in line with an intelligent play than the violent cockney gangster nonsense that British cinema so often accommodates, making superb use of just three capable actors and predominantly taking place in one cramped apartment. As the titular Alice, Gemma Arterton reminds us that she can do far more than simply looking pretty in such shallow Hollywood pap as Prince of Persia and Clash of the Titans. Several of the promos for Alice Creed have played upon the notion that Alice isn’t quite as helpless as she seems, which may make for a more tantalising concept but is somewhat misleading. Arterton’s Alice is never anything but a terrified victim, and, when the opportunity presents itself, takes advantage of the situation as anyone with the will to survive would.

The sinister, snarling Eddie Marsan is always excellent, and it’s left to Martin Compston to prove that he’s far from the weakest member of this troika as the vulnerable but devious Danny. Compston rose to fame in Ken Loach’s Sweet Sixteen (though Brits might recognise him from Monarch of the Glen), and this movie sits alongside his excellent turn in the underrated True North.

The Disappearance of Alice Creed is the sort of memorable little gem that shows on a few cinema screens and itself swiftly disappears. The film sags slightly in the second act, with a few too many double-crossings and counter-crossings than one can possible juggle while still suspending disbelief, but the acting talents of Arterton, Marsan and Compston more than compensate for the barrage of implausible plot twists.