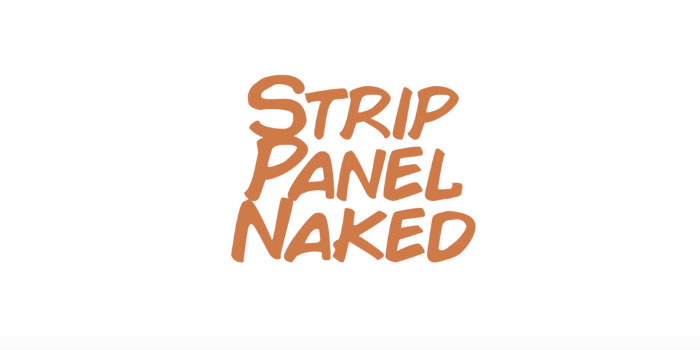 A few months ago, I received an email from Hassan Otsmane-Elhaou, or Hass as he prefers to be known, who was promoting his new YouTube series, Strip Panel Naked. Unfortunately, I was extremely busy that month. And tired. And probably hungry.

In any case, I’ve only recently got round to watching Hass’s outstanding video series and, as is often the case, now feel a bit of a fool for not doing so earlier.

… to how Robert Aguirre-Sacasa, Robert Hack and Jack Morelli build up to horror moments in  Chilling Adventures of Sabrina.

I don’t watch a lot of YouTube comic-related videos, mainly because the majority of those I come across tend to be personal rants offering little in the way of actual critique or insight. Hass’s videos are the antithesis to all those ineloquent fanboy tirades, demonstrating an understanding and love of the art form, be it in a mainstream superhero title or a creator-owned work, with none of the blind pettiness or brand fixation that I feel is steadily diminishing the medium and its readership.

If you’re getting into writing or illustrating comics, or are an existing creator looking to up their game, then you owe it to yourself to check out Strip Panel Naked. Hell, even if you’re someone who just loves to read the damn things, you’ll undoubtedly see the comics featured in a whole new light.