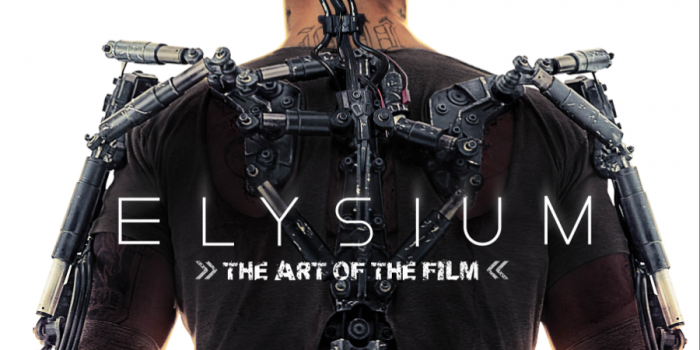 At the time of its release, Neill Blomkamp’s intelligent sci-fi debut feature District 9 seemed to have grabbed Hollywood by the balls and given them an irreversibly hard yank. That was 2009, and in the past few years we’ve seen a trend in movies which attempt to merge bleak science fiction forecasts with the conventions of the big budget action movie, most recently the calamitous After Earth and the middling Oblivion. Elysium is set in a dualistic 2154, when the human population is divided into the privileged citizens of the titular space station and the majority who were left on an overpopulated and ruined Earth.

Blomkamp retained many of the Weta Workshop crew members who worked on District 9, including  production designer Phil Ivey, so it isn’t any surprise that the film’s aesthetics bear technology and weaponry that would have been out of place on a Prawn mothership. The exo-suits, so brilliantly showcased in the trailers, are wonderfully credible in their chunkiness; Matt Damon’s character has the augmentation drilled into his spine.

Elysium itself, however, is by comparison a pristine and sleek paradise – Blomkamp also recruited the venerable Syd Mead, and this offers a fine contrast to the battered Earth technology. Mass Effect fans are sure to appreciate the lustrous interiors and varied robot concept designs. I’ve set my hopes high for Elysium, but regardless of whether this delivers, Titan Books have produced another high quality and extensive look into the movie conception process.

Elysium: The Art of the Film is available from the 9th of August. The film releases two weeks later in the UK on the 21st.