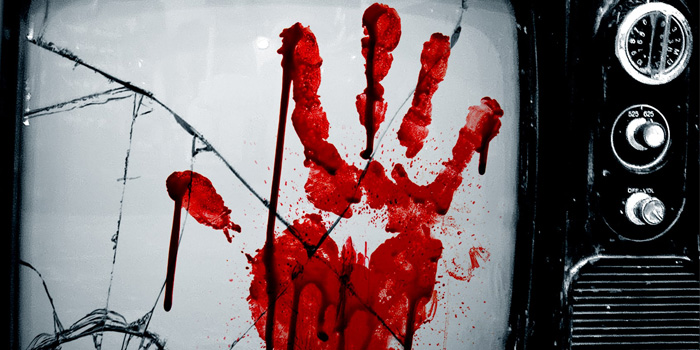 I once told a student I was reading a Kim Newman novel, to which they replied “he does try, bless him.” At the time I found that remark funny, but reading Video Dungeon, a collection of Newman’s celebrated horror reviews written as part of his ongoing Empire column of the same name, I must admit that I felt a recurrent pang of guilt for encouraging said mockery.

Sure, I’ve been an appreciator of Newman’s Empire feature for many years, as well as his “would be definitive if it wasn’t so bloody hard to find” horror handbook, Nightmare Movies. But what Video Dungeon does so well is summarise the career of a distinct critic defined by his enthusiasm, taste and integrity. Newman’s sharp wit has always balanced by his unquestionable love for the horror genre, with all its fondest tropes and most unforgivable clichés. He’s a fan that will give the lowest budget amateur offering his undivided and unbiased attention, but is more than willing to call a turd a turd.

This collection is categorised into rather unique chapters, with the usually brief critiques divided into such groups as ‘Confinements and Dangerous Games’, ‘Serial Killers and Cops’ and ‘Famous Monsters’. The two sections that brought me the most joy were ‘Wildlife’, featuring all the gigantic shark and crocodile action you could possibly want (Sharknado, Sharktopus, Ghost Shark, Robo Croc and about fifty others), and the affectionately titled ‘Weird Hippy Shit’, which contains such unclassifiable oddities as Tobe Hooper debut Eggshells and Forbidden Zone. There are also a few more mainstream entries (Room, Chitty Chitty Bang Bang), which stand out from the B-movies, cult classics and overlooked foreign language films, but demonstrate Newman’s role as a curator of not just horror or fantasy but any genre movie that refuses to adhere to the conventions of mainstream cinema. I’ve often felt that Kim Newman’s reviews are too concerned with recounting the plot, but given that I’d not heard of the vast majority of the movies selected, here this approach is most fitting. These aren’t films I’m likely to watch beyond the trailer, yet there’s undeniably something compelling about such fodder, which calls back to the days of staring wide-eyed at airbrushed VHS covers on the shelves of an eighties video rental store.

I rarely review a book before reading it to completion, but I feel no shame in admitting that I read about a third of Video Dungeon’s 550 pages. This isn’t a book you’d want to read from beginning to end; its pleasures come from sitting down and picking an entry at random. Some of Kim Newman’s reviews reminded me of quality efforts that had slipped from memory (13 Tzameti, Fermat’s Room). Others informed me of undervalued works of which I felt ashamed to be ignorant (Soviet Agatha Christie adaptation Desyat Negrityat). And of course, the book isn’t without its wealth of duds and B-movies of the most misguided kind (though I admired Newman’s defence of Troll 2). Then there’s the rarest entries (the Jim Caviezel-starring Unknown) that I only began to recollect on reading the review, movies so mediocre that I recall the poster better than a single damn scene.

Kim Newman’s Video Dungeon: The Collected Reviews is a real treat, then. Not just for those familiar with the venerable aficionado, or even just horror fans, but for all movie buffs whose tastes will forever veer towards the obscure.