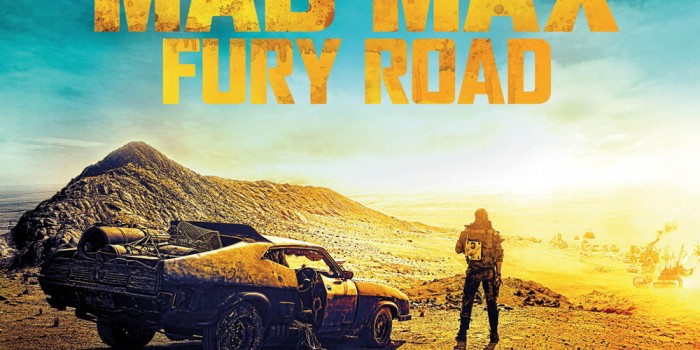 A minor gripe I have with recent movie artbooks is that they tend to be indistinguishable from their video game counterparts, crammed with concept art for characters, worlds and beasts that only ever come to exist as computer generated imagery.

Not so with Titan Books’ The Art of Mad Max: Fury Road, which is packed with high resolution photographs of the oh-so-physical vehicular monstrosities in George Miller’s post-apocalyptic car chase.

And it’s Fury Road‘s grubby, tactile quality that makes for an exceptional collection of interesting anecdotes surrounding the design process, Mark Sexton’s kinetic storyboards, and abandoned character concepts that often evoke 2000AD or Tank Girl more than they do the finished product (Furiosa and the War Boys ended up considerably different than what was originally intended). There’s also a wonderful section comparing a sketch of Mel Gibson’s classic take on the Road Warrior to Tom Hardy’s even more monosyllabic take on the role.

This latest entry in the saga of Max Rockatansky moved at such a relentless pace and bustled with so many memorable wackjobs, that Titan Book’s 176-page hardcover probably only covers a small percentage of the work that went into Miller’s long-detained labour of love. But if you’d like a closer look at the likes of Immortan Joe and Coma the Doof Warrior (that’s the insane guitar guy, given a similarly bizarre backstory here), or such makeshift motors as the War Rig or the new iteration of Max’s V8 Interceptor, The Art of Mad Max: Fury Road is a coffee table adornment of the highest calibre and well-worth your money.