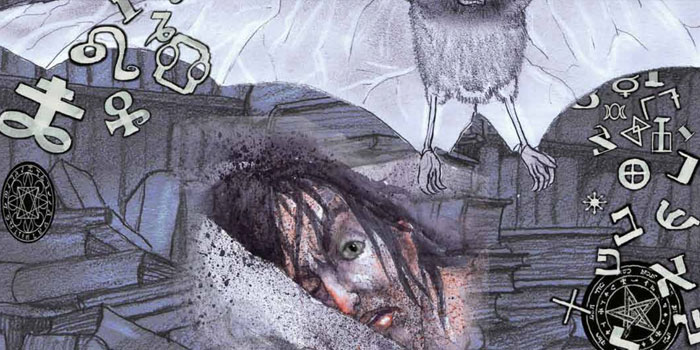 Dave Thompson and Kev Butters discuss the creative process behind their new series, Casanova in Paris: The Shadows of the King, and why they decided to take the self-publishing route.

The best ideas happen when you’re with a mate down the pub, don’t they?  Well…no, no they don’t.  What happens is your normal collection of cognitive biases (optimism bias, confirmation bias, WTF-does-anyone-else-know bias etc etc), galvanised by alcohol and bonhomie become untethered from planet Earth and jet off into a kinder more welcoming universe with brainchild in tow.  The next day, however, sad reality dawns and your idea now more closely resembles those damp and scummy firework casings you find in your garden the morning after Guy Fawkes.

Every now and then, however, when the three stars of Alpha Centauri align perfectly with the moons of GalSec seven (and a bit like the storm at the inn at the end of all worlds in the Neil Gaiman’s ‘Sandman’), a new dimension in reality open’s up.  And it was at that precise moment when Kev, my partner in crime, over a pint of IPA bitter shandy and a packet of hedgehog crisps, out of nowhere issued his challenge: ‘If you come up with a story, I’ll put some pictures to it’.

Needless to say, the challenge was accepted. Using Giacomo Casanova as our protagonist, over the next eight years the idea just grew and grew.  We had approached a publisher with a much smaller version of our story (our present on-line version runs to almost 250 pages) and although he was interested it was obvious it was going to take ages for anything to happen so we decided to print off our own copies, most of which we were fortunate enough to sell. We then thought, why not put it online (I mean, how hard could it be for two people with the IT skills of Paddington bear to set up a website)?  That would give us loads of ways to develop it further. We’d discovered from feedback from our printed copies, for example, that not many people knew much about the true life of Casanova or the actual world in which he lived so next we thought, why not add a history dimension to our site?

Our collaboration has always been an amicable one, which is what you’d hope for between two long-standing friends (helped, no doubt, by the fact that we were equally ignorant on how to go about putting together a graphic novel).  There has never arisen a pistols-at-dawn moment of disagreement.  Perhaps there should have been.  Perhaps it’s an indictment of our creative seriousness that we’ve always gotten along.  Maybe.  Who knows?  Anyway, that’s how it’s been.

So what’s our routine?

In the initial stage of getting together ideas for part 1 and part 2, Dave came up with a few suggestions for discussion and Kev added a few more.  Dave then shaped these ideas into something that had the potential to produce a coherent storyline. When we were both happy with the broad narrative thrust, Dave would go away and start to produce the scripts. There’s an understanding that once we’ve agreed the direction of travel we’re each in charge of our own domain: Dave won’t tell Kev what to draw and Kev won’t tell Dave what dialogue to write, although that doesn’t mean we won’t continue to make suggestions or give advice.  Dave’s scripts do include scene directions and descriptions but these are really only to give Kev a starting point.  He’s free to use, modify or ignore as takes his fancy.  Unfortunately for Kev, Dave has no idea when he produces a script how difficult or time-consuming it will be to produce.  Scene directions which might take Dave a couple of minutes to jot down might require countless hours to execute.  A memorable example was when the script requested a Palace of Versaille garden party based on a fish theme and with all the servants dressed in fish costumes. Fortunately, Kev likes a challenge! Where are we now?  As well as the graphic novel in the form of 12 flipbook chapters we’ve produced 18 meaty history articles about Casanova’s life and times along with a load of blogs with more history stuff but also stuff on the characters in our story and how we’ve put it all together.  And we’ve set up Pinterest and Google+ pages which contain lots of other history materials which we’re hoping to add to in due course.  We’ve now begun working on part 2.

Come and have a look at our site at http://www.casanovashadows.com . Each month (starting 1st February, 2018) we’ll be releasing the chapters in free monthly instalments.  As Shelf Abuse readers we’ll give free membership for a year to the first 10 of you who apply.  To obtain your free membership register under the ‘Patreon supporters – free/ 1 Year’ option and create a username beginning with SA.  We’ll then upgrade you.