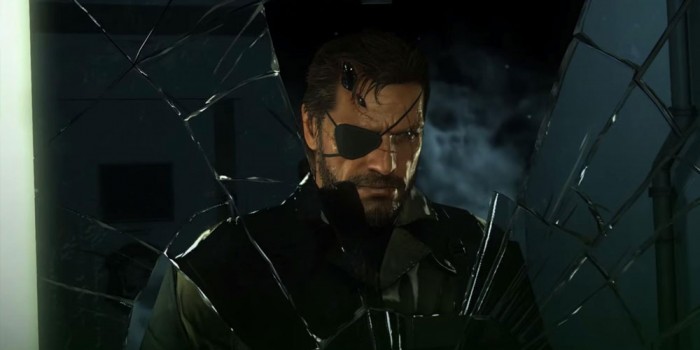 I happened to be playing Metal Gear: Portable Ops on the PSP the other day, as only someone completely behind the times would do.

At first the neat little graphics, animated comic-inspired cutscenes and “gotta capture and interrogate them all!” imperative had me enduring all sorts of eye and neck related health problems. Regardless of whether it’s considered canon or not, what made the game a “must play” is that it so filled the gap between Metal Gear Solid 3: Snake Eater and the original MSX Metal Gear. We find out Naked Snake/Big Boss recruited an army, including series staples Roy Campbell and Grey Fox and… But pessimism soon kicked in, as it often does, and I could not help but wonder “why do I need to know this?” Weren’t the major releases in the series enough? Sure, us Metal Heads (I vow never to use that again) now have a bit more respect, dare I say sympathy, for the once purely villainous Big Boss following the exception to the prequel rule that was Snake Eater. I never thought I’d ask such a thing, but what’s wrong with a black and white, good versus evil plot, with a dashing hero and a repulsive villain?

When Metal Gear Solid hit the shelves in 1998, it was a revelation, and truly the first videogame to successfully emulate the Hollywood blockbuster. But it also served as both homage to and culmination of a series initiated 10 years ago. Of course, it didn’t stop at Solid. Snake Eater added depth to the series and flipped our preconceptions about its antagonist on their head. But several canonical prequels later, and I haven’t a clue what’s going on. I feel old, and my head throbs when I try and piece together the repercussions of Phantom Pain’s big twist. The point (I think) I was originally intending to make, was that, for all its overwrought, dialogue and sophomoric anti-war messages, both Metal Gear Solid and Metal Gear 2 shared a simple but – seriously, no pun intended – solid story, in which a military pawn finds himself, and manages to get the girl and kick super-powered terrorist butt in the process. It was like Bigfoot and the Hendersons, but with an emotionless killing machine and less schmaltz. Several sequels later we are now aware that Big Boss had defensible motives for using Metal Gear against America, that he was defeated by his own clone, that Snake is later betrayed by the same government that Big Boss sought to take down, that Revolver Ocelot has always…

The more convoluted the Metal Gear saga becomes, the less impact each future instalment is likely to have. And it’s happening everywhere in fiction, particularly video games. Resident Evil is another videogame series that has, with every new instalment, been diluted from a once great franchise into a zombie soap opera, compete with outlandish, dandy villains and generic spin-off protagonists. I don’t even need to mention Star Wars, which I just did, and how the vastness of space now feels that much smaller when we learn that Anakin was friends with Greedo, and Yoda fought alongside a young Chewbacca, and everybody seems to bump into each other on the same limited number of planets a bit too often… The Marvel and DC universes are now a joke, with timelines replaced more frequently than the McDonald’s healthy eating range. If we look at the most successful graphic novels, at least in terms of sales, there is always a certain finiteness about them. The Dark Knight Returns is remembered as Batman’s possible swansong, in which he finally ends his antagonist the Joker, though this was in time polluted by a dire sequel, with a further instalment lining its publishers pockets as I write this. Watchmen once seemed capable of maintaining its integrity, which had more to do with Alan Moore being awkward, bless him, than anything else. Alas, that series was eventually bloated out with a series of forgettable prequel books.

A few years back I realised that much of my comic collecting came from the fear of falling behind. Take a year out of buying the funny books, and it’ll take you two to catch up. Once I finally conquered this fear, my spending halved, and I only bought books I knew I’d read. I actually began enjoying comics a hell of a lot more, too. Naturally, the film, videogame and comic industries will continue to expand on their precious franchises. And why shouldn’t they? People will continue to lap up Star Wars spin-offs, and continue to criticise them for not living up to that colourful trilogy of movies that shaped their childhood at the age of 5. I’m one of those people; I’m both excited by the future of the franchise and ashamed to spend my money on it when I should be supporting independent artists who deserve it more. But hey, it’s Star Wars…

I’m finding myself at a strange point in my life, however, where I’m slowly transitioning from manchild to man… er, man. My time is a lot more precious than it used to be, and it pains me to admit that, if I sincerely hope to complete the numerous novels I have planned, I can no longer devote myself to other people’s franchises. It’s a strange cycle to be in; as soon as I love a work of fantasy or genre fiction, I find myself wanting to see more of that universe, only to eventually wish there was less when a tidal wave of content smacks me in the face.

To be fair, none of the aforementioned additions detract from the original works that inspired them, so perhaps it’s the nature of my completist compulsions to demand more from my favourite mythmakers while begrudging them for granting my wishes… First world problems, eh?