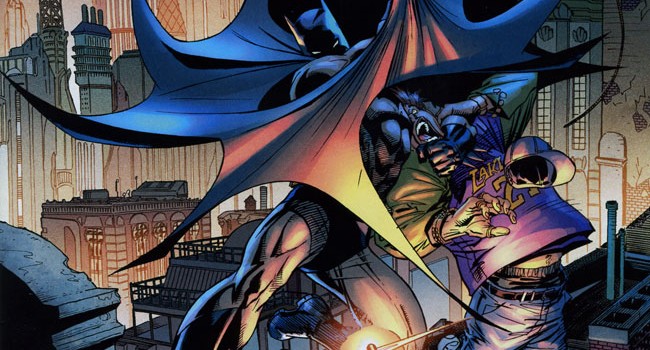 Trust Neil Gaiman to write a story like ‘Whatever Happened to the Caped Crusader?’ Whereas Gaiman’s most recent mainstream superhero work such as 1602 and Eternals has been pretty conventional business, this tale was far closer to his more ambiguous work from Vertigo. Perhaps one of his most ambitious comic pieces ever.

It’s Batman’s funeral, and as his multiple deaths are recounted by friends and foes, Bruce Wayne gradually recedes into the ether… at least I think that’s what happened. I won’t delve into the plot too deeply for fear of spoiling anything, or even attempt to add my own perspective. Gaiman’s intimate farewell to the character – though I feel he’ll return sooner rather than later – summarised everything Batman has ever embodied, and will continue to symbolise, both inside the DC Universe and for those reading from afar. Andy Kubert’s art has also been a joy throughout this two-parter. He achieves a fine balance between maintaining his own distinctive style and depicting the various lives of Batman and company as brought to the page by the talents of, amongst others, Jerry Robinson, Jim Aparo, Neal Adams and of course Bob Kane. Even Dave McKean’s shadowy incarnation as seen in Arkham Asylum is captured wonderfully.

Did I enjoy it? Having read it twice already, I’m not even sure. But I can see myself reading it again sometime soon. If nothing else ‘Whatever Happened to the Caped Crusader?’ is memorable. Furthermore, it’s bound to get people talking, and in this fleeting industry of disposable heroes and relentless publishing that’s no small feat.