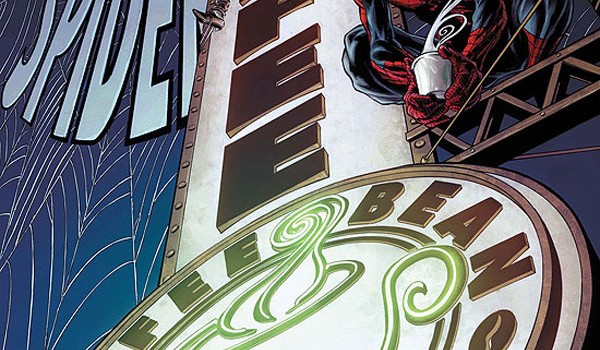 Though last issue’s final page almost cost me both my eyesight and my sanity, I thoroughly enjoyed the first part of ‘24/7’. But one week later and the premise has already swung into a brick wall.

Spider-man continues to work around the clock to outshine Mayor J. Jonah Jameson in the headlines, becoming New York’s all-day-every-day Good Samaritan as he continues to fight off the notion of sleep. Waid’s dialogue isn’t as funny as previous writers Fred Van Lente and Dan Slott, and once the jolt of seeing Jameson running New York has worn off, there’s not a lot actually happing here. We do get to meet the new Vulture, who in true carrion fashion has been feeding on the wounded and dying. Unlike the original follicly challenged curmudgeon Adrian Toomes, this version of the Vulture appears to possess genuine wings, insect-like mandibles, and can spit acid. He’s also devoid of any personality, and his appearance has brought the entertaining media face/off between Spidey and Jameson to a halt.

Why was the most enjoyable moment in this issue Spidey reflexively venting off about Norman Osborn? It’s odd that the currently omnipresent Osborn has yet to reappear in this title, yet his absence makes me anticipate Dark Reign’s impact on Amazing Spider-man all the more.