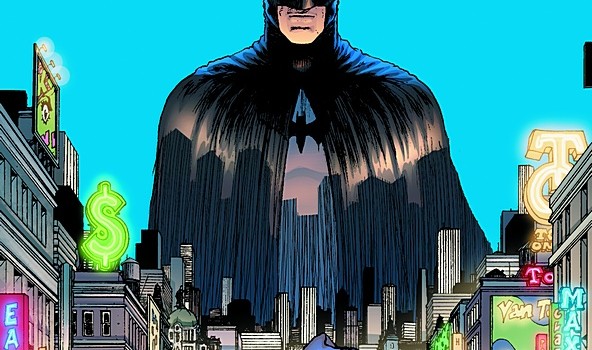 Grant Morrison’s bizarre retro romp continues with a brutal assault on Gotham’s finest by Le Cirque D’etrange, who live up to their name in every way possible. It also hints at another consequence of Dick Grayson assuming the cape and cowl; how long will it be before Jim Gordon suspects that this isn’t the same man he’s come to trust?

One of my initial concerns with the Dick/Damien dynamic was how long it would take for their bickering to grow old… and the answer is apparently one issue. Damien has the potential to be a decent Robin, or at the very least a different Robin, but he seems to have taken the place of the Shaggy of the group, whose misbehaviour will recurrently serves to mark him as live bait for every psycho in Gotham, only for our new Batman to swing in and save him. I loved the first issue of Batman and Robin, but this month’s follow-on left me cold. Frank Quitely’s art was as vivid and energetic as ever, and Morrison’s new villains are the sort of thing you’d have nightmares of after eating a block of cheddar and sitting through a marathon of Adam West episodes.

Nevertheless, this was the kind of filler issue that would read far better in a graphic novel, but didn’t really offer enough to sustain my interest until next month. This is not to diminish the series by any means, but rather the way in which monthly distribution can make even the most proficient examples of comic narrative feel stretched out. Second issue slump aside, Batman and Robin is still a title worth investing in.