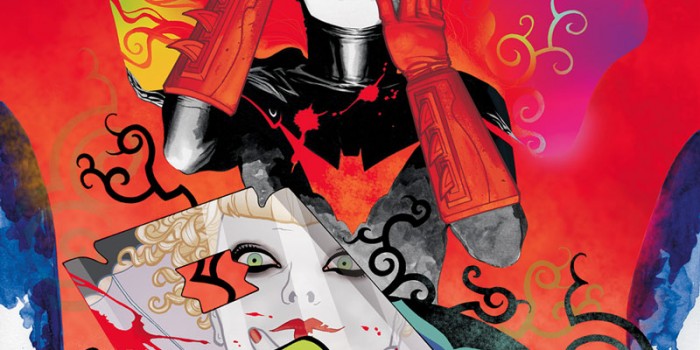 The art on Detective Comics has so far been dazzling, J.H. William III’s realistic pencils and elaborate panel compositions set off by Dave Stewart’s measured use of red. William’s is also capable of versatility, shifting styles when the tone demands it; something we rarely see in the frequently cookie cutter world of comic art. But this layer of gloss might have been too effective; as it’s just the second issue into Greg Rucka’s Batwoman-driven Detective Comics reboot, and I’m wondering what it was that got me so excited about this new direction in the first place. Alice, the leader of the Religion of Crime who speaks only in lines from Lewis Carroll’s Alice in Wonderland, is an odd villain. Partly because the DC Universe already has Carroll-derived miscreant, and partly because Grant Morrison has recently introduced a Wind in the Willow’s inspired antagonist in the pages of Batman and Robin – though Morrison had the sense to made Mr. Toad a comic foil rather than a crime boss.

That’s not to say that this still isn’t a quality series – though Rucka’s implementation of Kate Kane’s flowing red wig runs the risk of becoming a silly gimmick. Again, this is a beautiful book, and it’s easy to understate the feat that Rucka and Williams III have achieved here. They’ve essentially replaced DC’s most beloved hero with an initially ridiculed “lipstick lesbian” heroine, and created a series so intriguing that it’s presently tough to care when, or if, Bruce Wayne returns to it.

The Question Second Feature is in comparison a fairly generic detective story, though given the relationship between both Renee and Kate established in 52 I’m hoping that these two plots will intersect in some way or another.