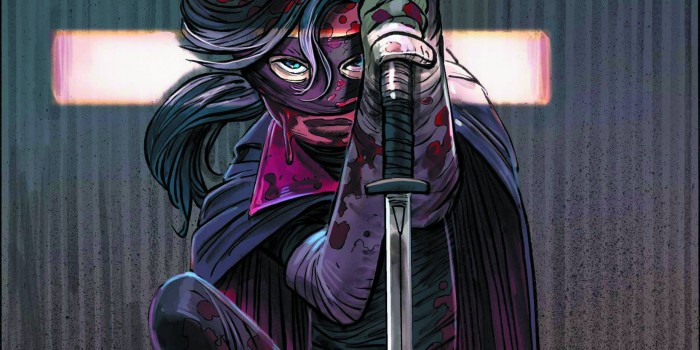 The original Kick-Ass miniseries is unique in that it’s quite possibly the only case where I’ve enjoyed the movie adaptation more than its source material. For me, Mark Millar’s tale of an incompetent but whole-hearted vigilante and an eleven year-old killing machine only truly found its vigour in Matthew Vaughn and Jane Goldman’s wittier and equally self-aware script. So it came as some surprise that Kick-Ass 2 Prelude: Hit-Girl, to use its clumsy full title, entertained me as much as it did. Bridging the events of the first two Kick-Ass volumes (with volume 3 on its way), Hit-Girl ostensibly follows Mindy McCready as she deals with school life and a stable family unit. But while by day Mindy is suppressing her father’s conditioning and donning the cowl known as conformity, by night she’s ticking the remaining names off a “shit list” of surviving crime lords while her parents remain blissfully rohypnoled. And who better than Dave Lizewski to offer Mindy guidance on fitting in with her tween rivals… in exchange for martial arts training.

This volume focuses on the mafia power struggle that has arisen in the aftermath of Genovese’s death. There’s also some cheap laughs to be had in mollycoddled adversary Red Mist, as he undergoes an ineffectual quest to unleash a bloody retribution. But while the Prelude prefix may deem this book an unnecessary cash-in, Millar does a fine job of moving the characters forward without yet turning their world upside down – something that Kick-Ass 2 does in spades. While it doesn’t feature any pivotal moments in the overarching plot, Hit-Girl‘s emphasis on character nevertheless makes it essential reading for Kick-Ass fans. In short, Hit-Girl is just more Kick-Ass. The art, by John Romita Jr. and Tom Palmer, hasn’t much since the first volume, and Millar is clearly having too good a time with these characters and world to stop any time soon. Vapid fluff it may be, but laced with enough pop culture references, unflinching brutality and Millar’s trademark wit that you probably won’t notice.

While I wouldn’t want to see the series expanded to the point of oversaturation (as so many creator-owned titles inevitably are) if the series remains this deliciously irreverent then more Kick-Ass is by no means a bad thing.

Kick-Ass 2 Prelude: Hit-Girl TPB is published in the UK by Titan Books.