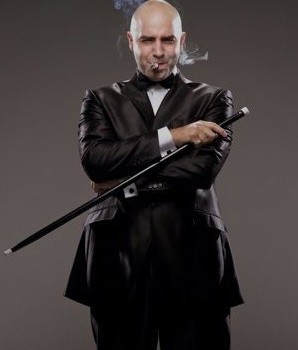 It’s hardly new for the fanboy uni-mind to decide that, technically, it owns the comic franchises it so loves and therefore has the right to dictate how Hollywood produces all comic adaptations, and Zack Snyder’s recently announced Superman: Man of Steel is likely to attract more scrutiny than any other superhero movie in development.

Actor Dominic Pace is currently campaigning to play the role of Lex Luthor; but rather than being just another comic reader with wild ambitions, Pace has acting credentials to complement his apparent understanding of the Superman mythos. While a relative unknown, Pace is far from an amateur. His IMDB profile shows extensive television credentials as well as a Best Actor award at the 2004 Palm Beach International Film Festival, for his performance in indie movie Little Kings.

And according to this recent interview Pace not only knows his comics, but has a clear and intelligent idea of how the role should be played – as opposed to simply summoning Gene Hackman, as Kevin Spacey did in the misconstrued Superman Returns. From the feedback Pace is receiving, the fans aren’t completely opposed to him playing Luthor either. Oddly enough, though, there still seems to be a lot of support for Smallville’s Michael Rosenbaum to resume the role on the big screen; though fans similarly demanded that Tom Welling play Superman before Brandon Routh filled the cape. So what do they know?

So, yay or nay? How about you check out Dominic Pace’s Facebook page and make your own bloody mind up.

I personally would like to see a villain yet immortalised on the big screen antagonise Supes, at least this time round. Perhaps Brainiac or Metallo, with Luthor taking a background role in order to build hype for the inevitable sequel. But hey, if Dominic can realise the essence of Superman’s greatest nemesis as well as he claims, I wish him the best of luck.