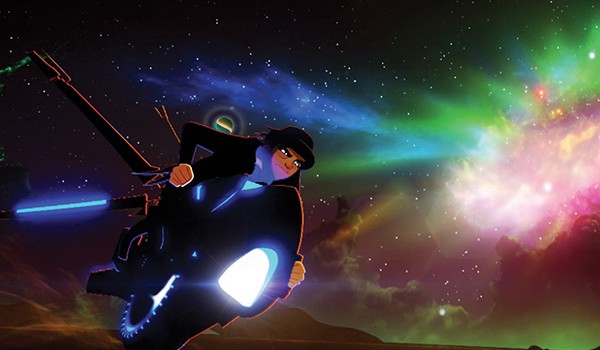 Magnetic Press will be publishing Poet, a graphic novel series from Blink-182 co-founder and frontman Tom Delonge, released in conjunction with The Dream Walker, the upcoming album from Delonge’s other band Angels & Airwaves.

The project is billed as a “sci-fi fantasy adventure focusing on Poet Anderson, a ‘Dream Walker’ who roams the realm of dreams, protecting sleepers from dark terrors that threaten to cross over into the waking world,” and will act as a prequel to the universe established in the album.

The multimedia rerelease will also include a rather awesome looking animated short, the trailer for which is available for your consumption. Enjoy.

While I’m not a big fan of DeLonge’s music, the trailer’s anime take on Little Nemo has definitely piqued my interest in the comic, which will be co-written by Ben Kull (Mission Hill, The Oblongs) and illustrated by Djet Stéphane, with covers by the likes of Gerald Parel (Iron Man, Captain America) and Bengal (Naja, Avengers).