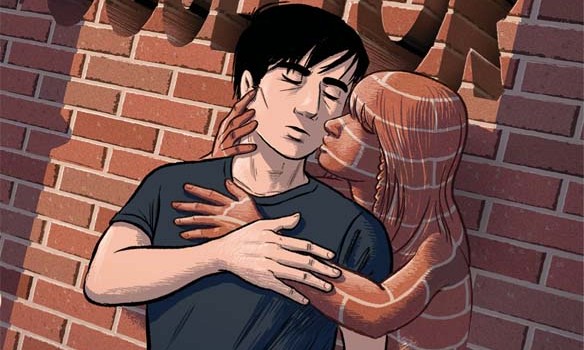 SelfMadeHero will be bringing Scott McCloud’s The Sculptor to the UK in February 2015. The graphic novel, described as “an emotionally spellbinding urban fable for adults”, will be published simultaneously in the US by First Second.

The Sculptor finds David Smith giving his life for his art – literally.  After making a deal with Death, he’s granted the chance to sculpt anything he can imagine. But now that he only has 200 days to live, deciding what to create is harder than he thought. Worse still, it’s the wrong time to fall in love.

So why is this particularly newsworthy? For those who don’t know, McCloud is responsible for three of the greatest books about comics ever written/illustrated: Understanding Comics, Reinventing Comics, and Making Comics. Most aspiring comic creators will have at least one of these in their collection, if not all three.

This is also McCloud’s first new graphic novel in almost ten years, so it’ll be interesting to see just how the world-renowned comic theorist’s fiction hold up to his non-fiction.

Encouragingly, the book already has a ringing endorsement from Neil Gaiman: “The Sculptor is the best graphic novel I’ve read in years. It’s about art and love and why we keep on trying. It will break your heart.” And if you can’t trust Neil Gaiman’s judgement, who the hell can you trust?