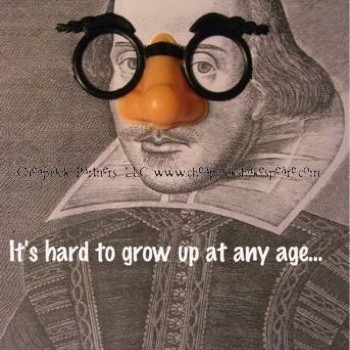 Writers Shaun McLaughlin and Gabriel Benson have announced Cheapjack Shakespeare, the first project from Cheapjack Partners. The partnership plans to create graphic novels for the Kindle, which will be used to promote the new properties for other media such as film and television.

McLaughlin’s writing credits include work for DC (Aquaman) and Dark Horse during the 90s, and as a producer of Batman Beyond, Justice League and Pinky and the Brain. Benson worked on Terminator 3: Rise Of The Machines, has written the graphic novels The Ballad Of Sleeping Beauty and Fade From Grace, and has an animated feature, Gene-Fusion, out this year. That’s some pedigree, then. Described by its creators as a “Judd Apatow movie made by Whit Stillman”, Cheapjack Shakespeare is a college-set comedy that uses 3D character models in place of conventional comic illustrations. Just read the damn synopsis below:

Cheapjack Shakespeare is a college comedy set in an outdoor summer Shakespeare festival. In the first issue we know we’re not looking at a high falutin’ festival when two actors jump off the stage and attack hecklers. From there we follow the summer of Warren Savage, professor and founder of the festival whose mid-life crisis involves either sleeping with another student or moving to the big city. Renee, the leading actor who hopes to become the “biggest star in the tri-city area” and Charlie and Heather, the young couple with similar concerns – plus infidelity.

Once all 12 chapters have been released on Amazon’s Kindle gadget – these can also be viewed on a normal computer – they’ll be compiled into the more traditional, tree-depleting format. Gabe Benson believes that the project “[blurs] the line between what comes first – the comic or the movie – as what you are seeing in the comic is basically a draft of what you will see eventually on screen.”

Kindle editions of #1 and #2 of Cheapjack Shakespeare are already available from Amazon, both at just $0.99 each, but those who lack the fancy tech can check out cheapjackshakespeare.com for more details, including a full preview of Issue 1 and a video trailer.

UPDATE: Cheapjack Shakespeare is now available at DriveThruComics. The first issue is just $0.50.