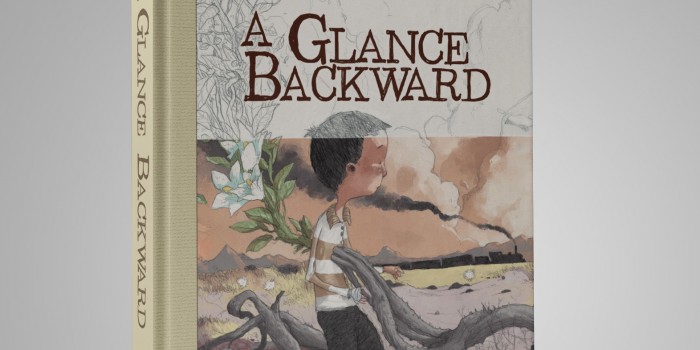 Check out these surreal and sumptuous preview pages from Magnetic Press’s upcoming A Glance Backward, illustrated by Doomboy‘s Tony Sandoval.

The hardcover 92- page graphic novel, written by Pierre Paquet, is described as “a growing-up story for grown-ups”:

Eleven-year-old Joey’s world turns inside-out when he finds himself pulled inside the walls of his own home, seemingly trapped in a strange and surreal place. As he searches for a way out, he discovers a myriad of strange, intriguing, and frightening characters, who ultimately lead him to complete the greatest journey of them all: GROWING UP.