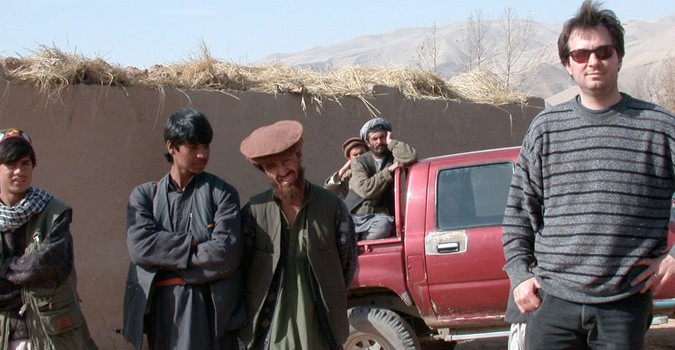 When Ted Rall decided that the media wasn’t giving him the full story on the situation in Afghanistan, he took a page out of Joe Sacco’s Palestine and set off to report from his first hand experiences. The result of that 2001 journey was To Afghanistan & Back. The book is reportedly considered to have been the first “instant graphic novel,” as it was immediately rushed to press on completion.

Well, Rall’s at it again, only this time he’s got the power of social media behind him. Not only is he blogging and tweeting regular updates, but he has managed to find an incredible amount of funding for his second trip from Kickstarter.com. Says NBM’s Terry Nantier: “He predicted clearly back then that this was far from over. I knew this would make a great bit of comics journalism and had Ted bring it into comics … Live from the middle of Taliban hell. The guy’s nuts. But count on him to tell you a different point of view. No paper or magazine would pay for this highly dangerous assignment in these nobody-has-money-internet-days, so quite a few people contributed to it.”

At the time of writing, Rand’s Kickstarter pledge has raised an incredible $25,000 plus. Which just goes to show what can result from a bunch of comic geeks banding together.