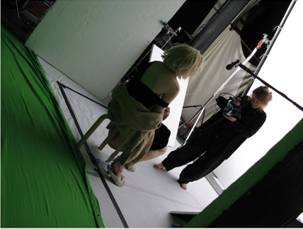 This may not be related to comic books in any way, but is a shout to the million and one aspiring actresses out there. Director Sally Potter is looking for two young actresses, aged 15-16, to play parts in her latest film, a 60s-set period piece.

Film production company Adventure Pictures is searching for two teenage girls to play the lead roles in a new feature film.  Director Sally Potter is looking for two aspiring actresses, with a playing age of 15 – 16, for her 60’s period film. Potter has worked with stars including Johnny Depp, Tilda Swinton, Judi Dench and Jude Law on her previous films, including the Oscar-nominated Orlando. Adventure is inviting those interested to post a short video of themselves performing part of a scene from the film, and the best ones will be invited to an audition in London. Sally Potter & Lily Cole on the set of ‘Rage’