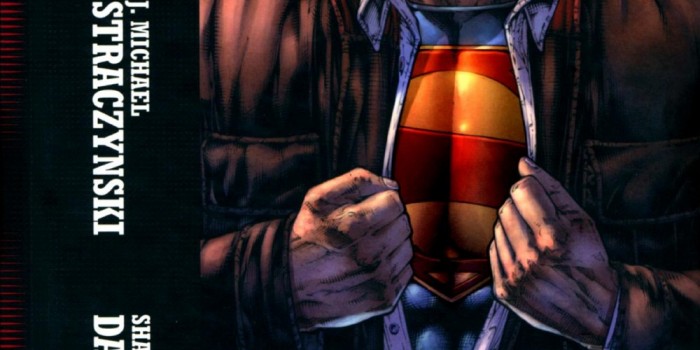 J. Michael Staczynski updates the Last Son of Kryton’s origin for the inaugural release from DC’s new Earth One imprint; the publisher’s latest attempt to attract new readers with monthly titles that are free from all the cumbersome continuity and convoluted history which make the DC Universe so darn interesting in the first place.

“But why oh why,” you may ask, “do we need another Superman reboot when Smallville is already half-heartedly bringing a watered down retelling of the Superman mythos to Joe Public?”

Answer: you don’t. But in all fairness, DC currently lacks a counterpart to Marvel’s Ultimate Universe, an imprint which enduring comic readers may remain opposed to, but one which managed to successfully repackage impenetrable franchises for a mainstream audience. The All-Star Superman series looked to fill a similar niche, but DC made the mistake of handing the reigns to Grant Morrison, and the result was a miniseries that, while brilliantly inventive, probably left casual readers scratching their heads. Just as his Thor reboot ridiculed the character with some brilliantly grounded humour, Staczynski manages to fit a few nice touches into his contemporisation of the Superman origin. Clark initially uses his abilities to earn a pro football contract, while his interview at the Daily Planet is met with Perry’s blunt admittance that the newspaper is dying a slow death.

But this reboot’s goodwill is diminished with the arrival of Tyrell, an alien hybrid of Apocalypse and Alice Cooper who’s every bit as appalling as he sounds. Tyrell and his poorly defined race were responsible for the destruction of Krypton, and threaten to destroy earth unless Kent hands himself over. Naturally, he doesn’t, and what ensues is essentially fifty pages of airborne warfare and robot skirmishes; which, in the light of the solid first act, is not only uninspired but disheartening. Shane Davis (JLA: The Lightning Saga, Superman/Batman) is a perfect fit for this series. His art is about as comic book as comic art can be; though given Earth One’s target audience, a conventional approach is entirely justified. Some fine inking and measured colours by Sandra Hope and Barbara Ciardo, respectively, make for an attractive, if insubstantial, coffee table placement.

Superman: Earth One is a slick package that will please its target audience: readers who are familiar with Superman from movies, video games and those oh-so iconic T-shirts, but have yet to be exposed to the source material. They’ll enjoy Straczynski’s unadventurous origin story, marvel at Davis’s grand climax and possibly even identify more with Clark Kent now that he’s taken the emo route and donned a hoodie. But regular Superman readers looking for a new take on the Man of Steel are likely to be disappointed; Earth One lacks the novelty of an Elseworlds title, and its extraterrestrial protagonist is a soulless simulacrum of the icon that they’ve clung so dearly to since childhood.

One thought on “Superman: Earth One Graphic Novel Review”