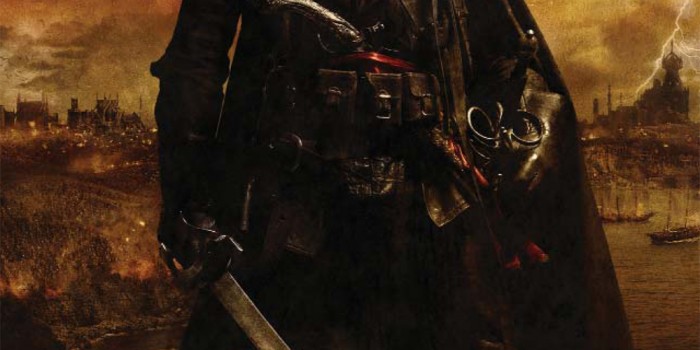 Those kind folks at Titan Books have provided shelfabuse.com with 3 copies of the novelization of the new Solomon Kane movie, by horror writer Ramsey Campbell. The movie is out today in the UK, is directed by Michael J. Bassett, and stars James Purefoy as the eponymous bloke-in-trenchcoat-seeking-redemption. For those who’ve yet to be exposed to the promotional material and TV commercials, Solomon Kane is a 16th Century puritan from the pulp stories by Robert E. Howard, creator of the enduring Conan the Barbarian… and the similar buy lesser-known Kull. Older comic readers may remember Kane from the Marvel series of the 70s and 80s, which I’m assuming wasn’t as popular as its Conan counterpart (which Kane did also guest star in).

Solomon Kane is a sixteenth century adventurer and mercenary; but when Kane meets the Devil’s Reaper, he postpones his fate by renouncing violence  and takes up life as a Puritan. But his vow is soon tested by the forces of evil, and Kane once again straps on his weapons to embark on an epic journey of redemption.  Written by master horror and fantasy author Ramsey Campbell, this official novelization gives readers the full story of the film and more, with extra scenes not featured on screen.

To win a copy of the book, simply email us your name here (subject: ‘Solomon Kane comp’). No question (or answer)  required this time.

The competition will end midnight Sunday 14th March, and winners will be notified soon after. Please note that this competition is only open to residents of the United Kingdom. Apologies to the rest of the world.

UPDATE: The Competition has now ended.