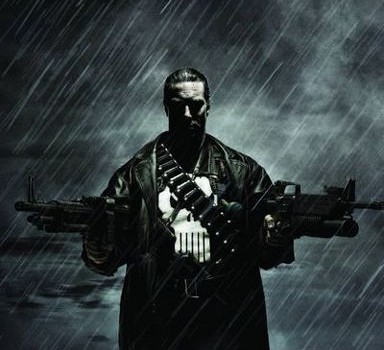 Frank Castle hits England in this one-off MAX special. Apparently two regular series aren’t enough to satiate the consumer appetites of Punisher fans. Leading on from a minor incident during the Barracuda arc, Rob Williams (the underrated Cla$$war) has crafted a simple but entertaining outing for the Punisher that reads as though it was written during the early issues of the character’s first ongoing series. But much better. When Frank receives a cry for help from a recently deceased friend, he flies to Britain to euthanize a team of corrupt S.A.S. soldiers. The local heroin dealing scum aren’t nearly as efficient as the armies of Mafioso Frank is used to dealing with, however, and while the title is an obvious reference to Get Carter, the book is more similar in tone to midlands revenge flick Dead Man’s Shoes. Just try to block Rick Remender’s current Frankencastle storyline from your mind.

Williams shows us an uncompromising version of Castle that has recently been forgotten, often in favour of Ennis’s more comical take on the vigilante. In the first few pages, the Punisher mercifully shoots a pleading criminal (his crime is never revealed), only to express not remorse but puzzlement at his hesitation to pull the trigger. The Punisher has always been most effective when portrayed as a soulless monster rather than an antihero; his resourcefulness and endurance are fuelled by empty vengefulness rather than a desire to do good, and Williams captures this element of Castle perfectly.

Laurence Campbell’s art and Lee Loughridge’s colours are suitably gloomy. Castle is depicted as a sort of foreign bogeyman, his cragged features nearly always off-panel or enveloped in shadow, and there’s a genuine sense of grime to the council estate he cleans up.

While not particularly original, Punisher MAX: Get Castle is proof that solid writing is all a comic ever needs. Frank should go on vacation more often.