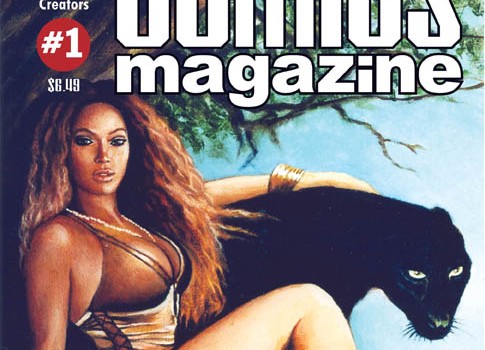 “We have no huge overprint, no digital version and no back issue sales,” Beatty explained. “Indie Comics Magazine #1 is an instant collectible.” “It is likely this talent will never appear in the same publication together again,” said Beatty. “I’m very pleased with the diverse styles and storytelling techniques in this issue and I’m happy to be able to introduce readers to talented comic book pros with regional fan bases that deserve wider audiences.”

Indie Comics Magazine features done-in-one stories so readers can get a feel for what the featured creators can do, said Beatty. Short biographies and contact information are included so readers can easily seek out more of the creators’ work. “These details make Indie Comics Magazine a valuable resource for anyone interested in the world of independent comics. We help readers cut through the reviews and hype to experience these creators’ raw talent.”

Indie Comics Magazine #2 appears on shelves in April and #3 is slated for summer release, for preorder through the Previews comic book order catalog under Aazurn Publishing. Information is online at http://indiecomicsmagazine.com.