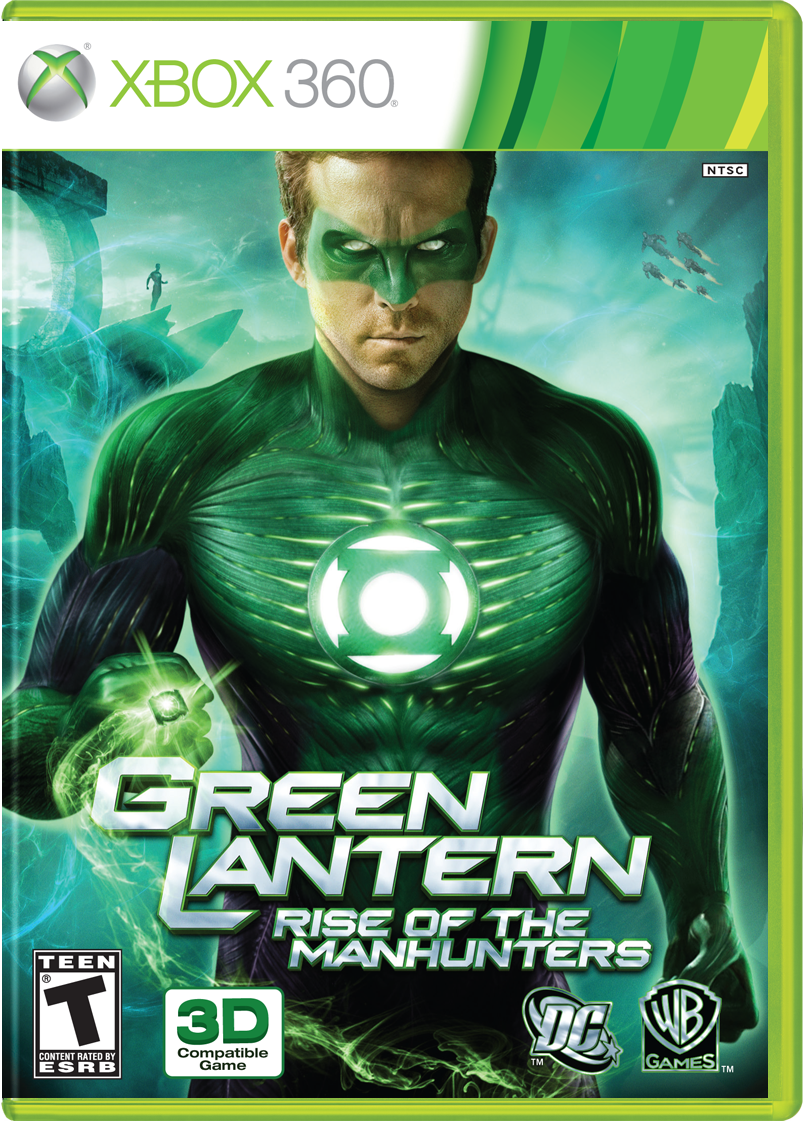 Green Lantern strikes cinemas next month, and true to tradition a video game tie-in is also set to hit consoles on June 7th Green Lantern: Rise of the Manhunters.

Interestingly, whereas the Xbox 360 and PS3 editions feature a computer-generated Ryan Reynolds on the cover, the Wii edition is adorned with what appears to be Hal Jordan on vacation in the same universe as The Incredibles. Which, admittedly, sounds like a lot of fun; far more than the conventionally “realistic” art direction that movie-to-game adaptations are constrained by. Inspired by the upcoming Warner Bros. Pictures’ superhero feature film Green Lantern, Green Lantern: Rise of the Manhunters soars onto game consoles this summer, extending the theatrical experience of one of DC Entertainment’s most popular superheroes.  Players will use the most powerful weapon in the universe, the Green Lantern Power Ring, to build an array of weapons from green energy to defeat the Manhunters – an evil android race bent on destroying the Green Lantern Corps.

Packed with intergalactic missions, alien androids and out-of-this-world combat, Green Lantern: Rise of the Manhunters is an action-adventure videogame that delivers the Green Lantern experience right into the hands of gamers.