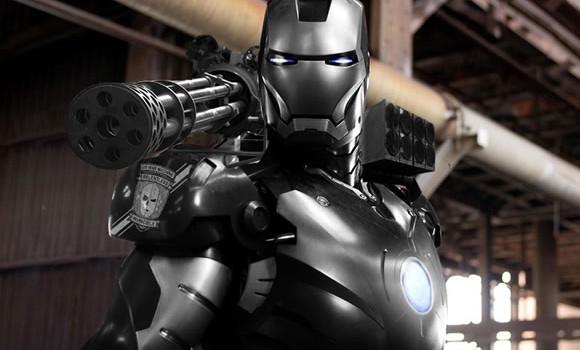 Of course, there are many successful films these days that didn’t start off in the world of comic books. But if we take a close look at the box-office results over the last five years, each year we find that a comic based film is in the top ten. The only exception was 2009, which while dominated by genre films like Avatar, Harry Potter, Twilight, and Star Trek, it’s comic book blockbuster representative was X-men Origins:Wolverine which was only the 13th top grossing film of the year. In 2008, we had both The Dark Knight and Iron Man as the top two films respectively. Iron Man 2 finished out this year as the number 3 top grossing film of the year beaten only by Toy Story and Alice in Wonderland.

It’s certainly obvious that these comic book stories are appealing to a mass audience and making movie studios a bundle. What you might not know is that comic books and filmmaking have a very special relationship. They are based on a very similar idea on how to communicate called visual story-telling. Words and pictures have been an effective method of communication since mankind learned to draw on cave walls and the Egyptians developed their pictographs.

In fact, most television and film productions utilize a method called storyboarding before shooting their project. A storyboard is basically a sketched out comic book version of the planned film. The process involves graphically organizing the film with a series of illustrations or images displayed in sequential order for the purpose of pre-visualizing a production. This helps with communication between the director and the DP and crew because everyone already knows how the shots should look. This process allows a higher level of communication between the filmmakers than just the written word.

So my point is that basically every film begins with the production of a storyboard which is really a comic book. Comics and film synergize and really can’t be separated.

I have heard disparaging remarks that Hollywood has no imagination left and that is why they plumb the supposed lower levels of entertainment like comic books and genres like science-fiction and horror but I would tell you that Hollywood makes its decisions for financial reasons, first and foremost, and then, with communication. Certainly you don’t mess with success take a look at the buzz over AMC’s new comic-book based series “The Walking Dead“. Since some of the bigger block-busters have come from the world of comics, Hollywood is going to continue to seek out concepts and properties from the comic book universe.

But comic books allow readers to visualize the story based on the comic book artist’s illustrations and so communication between potential developers of the comic into a show are all talking about the same imagery. They are not re-imagining what a character looks like because they already know. They do not have to imagine what happens during the story because they’ve already seen it.

Some film producers have had the foresight to remain faithful to the source material and avoid making a cardinal mistake of alienating their built-in fanbase. Examples of these films include 300, The Watchmen, and The Dark Knight. The level of star power portraying these roles has improved as well with Robert Downey, Jr and Gwyneth Paltrow in Iron Man, and the unforgettable Heath Ledger as the Joker. Gone are the campy portrayals of silliness by Adam West, and even, Michael Keaton. Comic book movies are serious business.

As a comic book writer and aficionado, I know that there are great properties out there that would translate well into more Hollywood blockbusters. I don’t understand why comics such as Headlocked by Michael Kingston, Zoom Suit by John Taddeo, Powers by Brian Michael Bendis and Michael Avon Oeming, and a plethora of other greats haven’t been picked up by studios looking to make a bundle.

The best news that I can predict is that as comic books continue to dominate the box-office and the television screen, we can look forward to some more great stories coming our way from the incredible comic book universe!

Terry Cronin is the creator and writer of the comic horror-adventure series Students of the Unusual. He is also the program chairman for the Melbourne Independent Filmmakers Festival and the Megacon Indi.