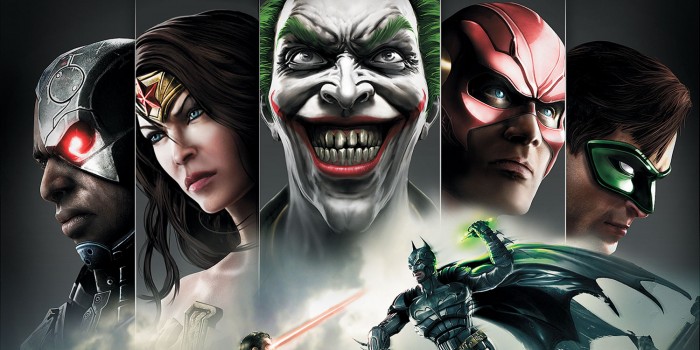 Injustice: Gods Among Us is now but a month away, and NetherRealm Studios are furiously adding more DLC content, characters and preorder incentives to claim our cash. Sinestro, Doomsday and Lex Luthor (clad in exoskeleton armour) have recently been added to the game’s roster, but what excites me the most are the DLC packs that will initially be offered as preorder incentives, particularly the Red Son DLC:

… at least I’m assuming that these DLCs will be sold to those impoverished souls forced to arrive late to the party a few months late. As if DC fans didn’t have enough to be pissed off about right now, Injustice offers a somewhat confusing DLC platter for the completest. Depending where in the world you are (and where you buy your copy), you are likely to get one of the following:

While I’m not exactly keen on NetherRealm’s DLC delivery method, it’s nice to see a developer capitalise on the DCU’s rich history and source material. Marvel vs Capcom 3 failed to deliver on similar promises… though to be fair that game reportedly sold fuck all.

Gamers/comic readers appear to be overlooking the fact that Mortal Kombat vs. DC Universe was a pretty forgettable affair which failed to overcompensate for its lacklustre gameplay mechanics with the sort of silly, scenery-based gimmickry that Injustice‘s numerous trailers have also all flaunted. That said, I love the recent Mortal Kombat reboot, which actually played better than anybody had a right to expect, and the adherence to a two-dimensional fighting plane is a positive sign. Here’s hoping NetherRealm Studios builds on that potential.