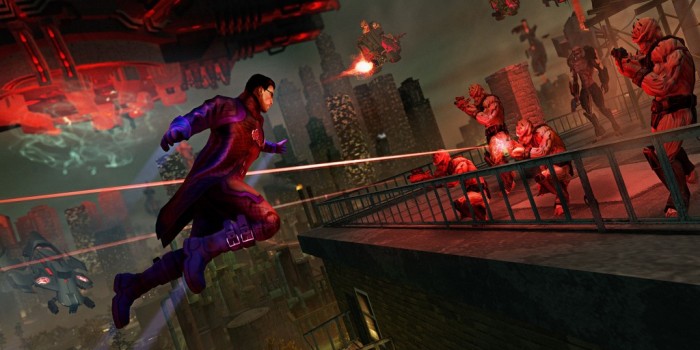 Those sly folks at Volition/Deep Silver have evidently noticed that the world is lacking in fun superhero sandbox games, and have steered the next iteration of the Saint’s Row franchise in a more “comic book” direction. Lego Batman 2, inFamous and Prototype have all attempted the formula to varying degrees of success, but none have quite offered the open world freedom, character customisation and vehicular mayhem of the Saint’s Row or Grand Theft Auto series. Saint’s Row IV will be released this August 2013.

One thought on “Saints Row IV Puts on Cape, Takes to the Sky”