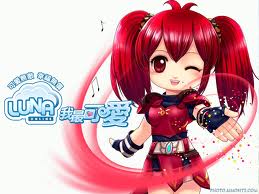 Of all the current videogame industry trends, the free-to-play business model is perhaps evolving the fastest. Runes of Magic and Free Realms have both made great strides in presenting online worlds which are not only free to access but are visually and technically almost on par with their retail rivals.

Today we’re taking a look at the games on offer at gpotato.com, an Irish MMO portal for publisher Gala-net, which currently offers six free-to-play titles, including Flyff, Rappelz and Luna Online. Two new titles; Allods Online (colourful, bizarre fantasy landscapes from the creators of Flyff and Rappelz) and Aika Online (large scale PvP battles with a European aesthetic) are to be released very soon, and gpotato.com are currently offering the opportunity to sign up for the imminent Beta.

For those unfamiliar with the free-to-play model, all use a micropayment system of sorts, but can be played without spending a penny – the notion being that you’ll get involved enough to want to purchase new outfits, weapons, spells, mounts or whatever. Signing up is straightforward and it’s a cinch to install the client program and updates. Whether you do or not is entirely up to you, but there’s really nothing to lose in trying out some of gpotato.com’s offerings… except possibly countless hours of your precious time.

I like to consider myself an open-minded gamer, but it’s always easy to slip into certain preconceptions. While four of the games available are of the MMORPG mould, I was most impressed with Tales Runner, which not only challenged my prejudices but offered a unique yet polished experience. The majority of the games here are of South Korean origin, which brings up the usual pros (gorgeous concept art) and cons (poor translation work), but with an alleged 2,000,000 people signed up to the site all of the games I tested were dense with other English-speaking players.

Below I’ll take a look at each of the games on offer – think of these not as reviews, but my impressions from a few hours with each. While both Luna Online and Flyff have a distinctly Eastern look to them, Rappelz’ world is more in line with Vagrant Story, Final Fantasy XI or Guild Wars. It’s a lovely looking game, set off with a soft light filter (max settings) and some great design work on the armours and creatures. Given the more mature aesthetic, it’s not surprisingly that Rappelz is also the best MMORPG here for PvP action and guild battles.

Players choose from 3 distinct races; the light-based Deva, dark-based Asura (Dark Elves) and neutral Gaia (humans). Overall there are 15 branching classes available, and players can gain pets that evolve as much as they do.

Unlike many ported Korean MMOs, Rappelz doesn’t suffer from poor translation, and is the game I’d suggest to those who’ve previously scoffed at the free-to-play business model. The epic score is also fantastic, even if it does owe more than a little to Howard Shore’s work on Lord of the Rings. Luna Online is cute. So cute that gamers bred on a diet of ultra-violent shooters and God of War hack-fests will convulse and foam at the mouth after just ten minutes of its lurid, syrupy environments. With trees that resemble candy floss and Human/Elf residents with eyes literally bigger than their bellies, Luna Online is so adorable, so widdle, that it’s wholly infectious. Even the most cynical gamer is likely to get dragged into its colourful combination of the usual MMO conventions, as well as dating and family planning. That’s right, dating.

Fortunately, rather than opening up Luna Online as some sort of grooming farm for perverts, the dating system is essentially a method of finding other players with similar tastes, with whom to explore exclusive dungeons. The family mechanic allows up to five players to group together and create and run a farm; though the sociable but not-quite-so intimate gamer will be pleased to know that Luna Online also has a pretty decent Guild system too. If the super-deformed stylings of Luna Online are a little bit twee for your tastes, and Rappelz looks far too grim, Flyff sits somewhere in the middle. The visuals, abundance of airships and steam-punk technology are reminiscent of Skies of Arcadia on the Dreamcast (and later Gamecube),which is no bad thing.

The title stands for “Fly for Fun”, a reference to the games emphasis on flying in the aforementioned airships from the earliest levels. Many of the class, job, crafting, combat and guild systems are pretty typical of the genre, and it’s a very welcoming entry level for MMORPGs virgins. Prepared to be bombarded with menus, though it’s all pretty intuitive, and instructed on the basics by a penguin in a beret. No, really. One element of the game I struggled with was the Resident Evil-esque tank controls, though I’m sure I’d get used to it.

With an alleged 5 million plus people subscribed, Flyff’s servers are definitely bustling, though many other players you will see are actually in a shop mode that can operate while inactive. Of the five games currently on offer, Tales Runner was by far my favourite, principally because it offers such instantly accessible fun, and is the very antithesis of the usual MMORPG template that dominates the free-to-play market. This South Korean online racer is best described as Mario Kart minus the karts – instead your avatars run, leap, ski and swim against each other in a variety of events.

Common races host up to 8 or 30 participants at once. There are also Survival Races in which contestants are less concerned with reaching the finishing line as surviving, as the game throws all manner of adversity at you. All in all, it’s great fun, and from the effortless tutorial through to the races themselves is a joy to play. More surprisingly, it’s also generally lag-free, and the keyboard controls are pretty intuitive.

So where’s the money in such a game? Well, Tales Runner also features numerous social elements, such as the Park, in which players simply hang out and look their best, to each racer having their own farm where goods can be harvested and a shop through which to purchase new racers, items and gear. Another fantasy MMORPG, Corum is similar to Luna and Flyff, but is viewed from a top-down perspective with smaller character models. Visual differences aside it’s perhaps too similar to the aforementioned titles without being half as charming, and with an emphasis on combat it’s also the only gpotato title that feels somewhat lacking in social aspects.

However, the emphasis on dungeon exploration and occupation via PvP battles, as well as numerous enemies that tower over your tiny avatar, might just make Corum worth a try. It also has by far the best soundtrack of the selection; you’ve only to tolerate Luna and Flyff’s chirpy tunage for more than 15 minutes to appreciate how large a part ambience plays in this genre.

There are six classes to choose from (Fighter, Ranger, Sorceress, Priest, Summoner and the archer Arcus) though unusually for an MMORPG, the classes are gender specific. So if you’re male and wish to train as a bowman, be prepared to indulge in some flagrant gender deceit.

A word of warning, though: Newbies might find Corum a tad inhospitable, as the initial guidance you receive is relatively obscure; a crude map only aggravates this further. Mercifully, the gpotato site features a Beginner’s Guide walkthrough to get you on your journey.

If neither cutesy anime nor Tolkienesque fantasy is your thing, Upshift StrikeRacer is a combative driving game with a punk/metal soundtrack that might appeal to fans of Death Race. I say “might”, as the game currently doesn’t appear to work on Vista unless Sp1 is uninstalled – which I wouldn’t advise to anyone who values the contents of their hard drive – so I’m currently awaiting the patch.