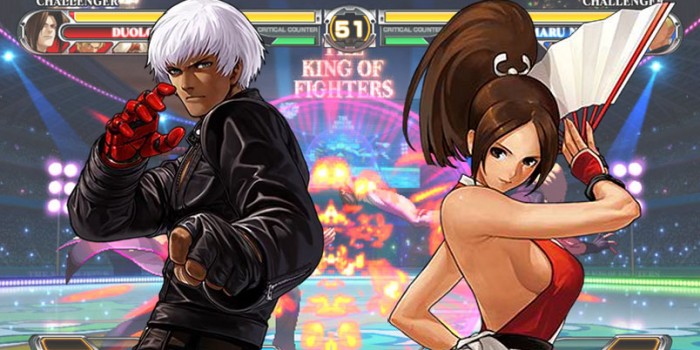 When Street Fighter IV rejuvenated interest in 1-on-1 fighting games, SNK Playmore wasted no time in announcing the twelfth instalment in their flagship series. King of Fighters XII would be the first in several aspects; not only would it be the first HD KOF game, but it would finally see the complete cast redrawn from the ground up.

For a franchise notorious for alienating all but the elite, KOF XII seemed the perfect opportunity to sell the series to a new generation of gamers. At the E3 2009 numerous sites were quick to label it the most promising upcoming fighting game. Several months later, and those same sites’ reviews have been less than stellar. What on Earth could have gone wrong? King of Fighters XII isn’t a bad game. Graphically it’s a thing of beauty, and technically it’s up there with the best of its kind. But whereas Street Fighter IV took the arcade fighter and padded it out with enough training modes and online features to offer a package that offered near-infinite replay value, KOF XII is a decidedly barebones effort that smacks of incompleteness. Were the game’s combat also a letdown then it would be difficult to care; but KOF’s new engine is as good as anyone could have anticipated. And this wasted opportunity is why the game, while entertaining in parts, is overall such a disappointment. The saddest part of reviewing a game such as this is wondering what could have been.

But first the good stuff, and there is plenty. Much like the ’98 and 2002 editions, KOF XII (the series switched to Roman numerals after 2003) is essentially another Dream Match, in that it takes place outside of the series’ regular continuity, allowing characters who have died or previous incarnations of regular pugilists to take part. Gone is the Tactical Shift System from 2003, in are Mature and Terry Bogard in his classic red/blue attire. Conversely, some characters have undergone physical changes; Ryo Sakazaki is looking more and more like his father Mr. Karate, Kensou and Athena are dressed in their Psychic Soldier outfits, and Ralf and Clark appear to have undergone growth hormone treatment.

All in all, the roster is a nice mixture of familiar faces, even if it is the smallest number of combatants to feature in a King of Fighters game yet. Series supporters have been incredibly vocal about the omission of such fan favourites as Mai, K’ and Yuri, but overall there’s a nice selection – and Mai and her assets are bound to make a return in the inevitable KOF XIII. A move which bothered me more than the limited roster is the lack of preset teams. While many favourites, such Kyo’s Japan team and the Fatal Fury trio are all present and correct, many entrants appeared to have turned up to a team event on their own; which is a bit at odds with the spirit of King of Fighters, really. The 3-on-3 team system is probably at its simplest in KOF XII, with only one fighting style available and two new easy to grasp additions. The Critical Counter is activated when a gauge below your health bar fills, and allows players to chain moves together after landing a counter-punch. Secondly, there’s the Guard Attack, which is much like SF IV’s Focus Attack, and allows players to very briefly enter a state during which they are capable of intercepting and retaliating against any attack. Both are well-implemented specials; not impossible to pull off, but difficult to employ with any consistency.

But this rebooted system is let down by a lack of facilities. The single player mode takes the form of a time trial over five 3-on-3 battles. There’s no boss, no winning quotes, only six stage locations, and the entire concept feels as if it was assembled at the last minute. Bar an equally deficient versus mode, there’s no option to play the game outside of a 3-person team, and only three difficulty levels, of which easy and normal provide little challenge. There’s an art gallery to unlock, but otherwise there’s little here to sustain your attention.

Were KOF XII’s online mode up to scratch then the anaemic single player experience could be dismissed as a training mode of sorts, but as of writing the game is laggy to the point of unplayable. I attempted over a dozen matches and not one allowed anything but hopeless button-bashing; even the character select screen was slow. Publisher Ignition Entertainment are reportedly working with SNK Playmore to release a patch that should fix this, but until/if this happens the one essential feature of this game is entirely worthless. The Xbox Live Arcade release of KOF ’98: Ultimate Match suffered the same issues, and it’s truly disheartening to see this franchise rebirth make no effort to improve upon its predecessors. Visually and stylistically the game is indeed impressive, though some of the zoom effects do give the characters an unsightly pixelated edge. The new, larger sprites designed by artist Nona are generally great, if some such as the aforementioned Ralf and Clark do look like flesh-tinted versions of the Hulk. The measly six backgrounds are vibrant and detailed, but are drawn in a completely different art style to the character sprites. Several backgrounds also feature racial stereotypes that would have been offensive fifty years ago, though I personally feel that many critics are getting carried away over the subject, as there’s clearly no malicious intent behind them.

It goes without saying that an arcade stick is the way to play King of Fighters, but the series’ 4-button layout is far better suited to console gamepads than the Street Fighter’s 6. Either way, the controls are slick and responsive, and perhaps offer the smoothest KOF experience yet.

As a decade long (and then some) fan of the franchise, KOF XII simultaneously breaks my heart and fills me with optimism. The visual overhaul looks fantastic, and some design choices such as the single fighting style, fewer super special moves per fighter and older movesets for characters such as Kyo and Terry arguably benefit the game, or at the very least make the series more accessible than ever before. But there’s just too much about KOF XII that feels incomplete. Why do some characters have as little as two special moves? Ultimately, this is a new start for the series, and while it doesn’t offer nearly enough value at full retail price, I’m still intrigued as to what SNK Playmore will deliver next – and, more importantly, if they’ll take the time to produce a complete product that can stand up to the upcoming Super Street Fighter IV. If they can, then KOF XII can be seen as a promising but flawed (re)start to a once seminal series. Though the question still stands; will fans allow themselves to risk being duped again?

If you are lucky enough to have local friends with a similar fondness for fighting games, then by all means grab KOF XII as soon as you possibly can. The combat is slick and characteristically deep, yet it’s far more accessible than many past entries have been. However, if you happen to be a solitary fighting fanatic whose pals would rather stick to Halo 3, then you’ll find KOF XII to be a rather lonely experience. The net code is so unstable that it might as well not exist, and only the hardest difficulty mode is likely to present any challenge.

If SNK Playmore and Ignition Entertainment can deliver on their promise of playable online matches, then feel free to add an additional point to the score below… possibly even two. The combat is that good.