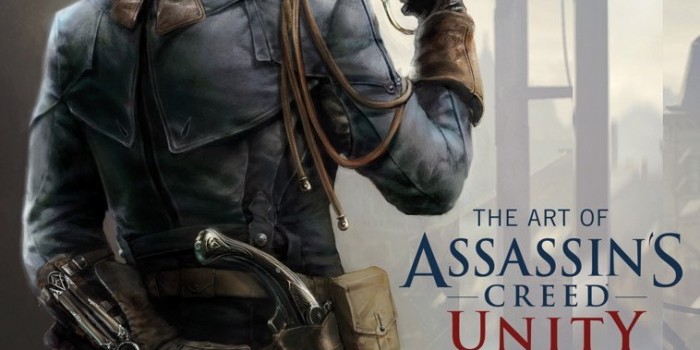 The latest entry in the time-spanning franchise may be under fire for being a buggy ‘ol pile of graphical glitches and faceless nightmares, but you can’t fault the work of Ubisoft’s talented artists, who have spared no effort in rendering Unity‘s 1789 Paris, a cityscape defined by the French Revolution and extreme class disparity. Unity‘s transition to next-gen consoles has seen a digital overhaul in the form of the new Anvil engine, and the art team has not missed a single opportunity to push eighteenth century France’s fashions and technology beyond history’s constraints. Protagonist Arno is featured prominently, as are postmodern spins on such notable individuals as Napoleon Bonaparte, King Louis XVI and the Marquis de Sade. As with the previous volumes from Titan Books, there’s a somewhat disappointing lack of pages devoted to the colourful cast, but that’s likely because Assassin’s Creed‘s main character has always been its backdrop. Unity‘s Paris is no exception; there’s a wonderful level of diversity on display here, from trademark buildings such as the Louvre, to unexpected historical events such as the construction of the Statue of Liberty… and there’s even Nazi-occupied Paris, as seen in the upcoming ‘Anomaly: World War 2’ DLC.

Is this volume better or worse than Titan’s previous art books for Black Flag and ACIII? Neither, really, but much like the franchise on which it’s based, there’s more than enough care and love put into The Art of Assassin’s Creed Unity that I’m quite content to have more of the same.