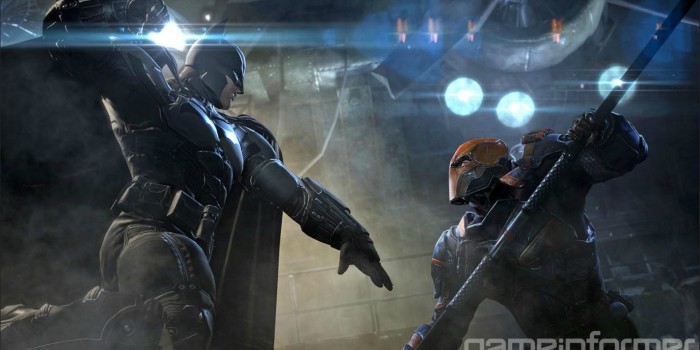 When it comes to the big screen, Marvel has dominated DC for the best part of a decade. With the exception of Nolan’s Batman trilogy – which one could argue was more Nolan’s own cerebral take on the Dark Knight than a faithful comic adaptation – Marvel’s building of a cinematic universe via The Avengers has made an impact on the public consciousness that many feel DC/Warner Bros. could also have done with what were, until very recently, far more established characters.

But things may be about to change. Early reviews of Zack Snyder’s Man of Steel have been extremely positive (and are now hinting at the first stage of a Justice League plan similar to that which Marvel initialised in Iron Man 2), and even if that movie does ultimately disappoint, it appears that DC is placing heavy focus on the video game market. Injustice, the eagerly anticipated fighting game from the makers of Mortal Kombat, will be hitting the shelves later this month, while intriguing MOBA Infinite Crisis and the recently announced Batman: Arkham Origins (as well as handheld spin off Batman: Arkham Origins Blackgate) will likely capitalise on Rocksteady’s previous Arkham hits. There’s also The Wolf Among Us, Telltale’s episodic series based on Bill Willigham’s Fables universe, to look forward to.

In recent years, perhaps Marvel’s greatest success has been in getting the mainstream excited about such properties as Thor, Ant-man and even Guardians of the Galaxy. DC and Warner Bros. have struggled with similar attempts. Green Lantern provided a solid origin story but failed to inspire moviegoers in any way whatsoever, while the Green Arrow TV series may have the aesthetic of Batman and a rogues gallery lifted from the comics, but the Oliver Queen it depicts is a no less neutered version of his comic counterpart than were the cast of Smallville.

But, with their upcoming video game schedule, DC appear to be taking a very similar approach to Marvel. The likes of Solomon Grundy, Raven and Black Adam will soon appear in Injustice, and a whole host of alternate universe versions of Batman and Superman will be entering gamers’ peripheries in both Infinite Crisis and Injustice‘s Red Son DLC.

Importantly, and largely due to the critical and commercial success of Arkham Asylum and Arkham City, DC’s gaming line-up is hinting at a level of reverence and fan service that will hopefully make the movie-to-game adaptations comic fans have come to expect a thing of the past. In short, it’s a good day to be both a gamer and a member of that small demographic which still reads the source material.