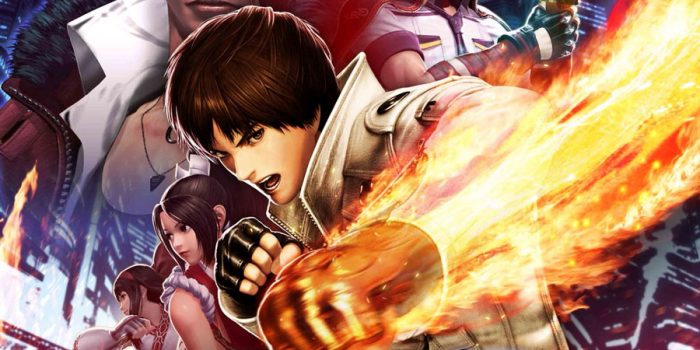 Like many a bloke born in the early 80s, my childhood received renewed purpose and a shot of adrenalin with the release of Street Fighter II. Indeed, the way I came to view online competitiveness and video games as an art form owe a debt of gratitude to Capcom’s seminal fighting game. Simply put, when Street Fighter II released in 1991, there was nothing quite like it. Our journeys to school were consumed with arguments over which colourful pugilist was the most formidable, exchanged wisdom on how to best pull off Ryu’s dragon punch, and whispers of some strange phenomenon known as “combos”. And like many a geeky teenager in the early 90s, I got damn good at that game. So good, at least in my own limited opinion, that I’d make it my business to challenge others in my local amusement arcades, more often than not hearing a tsk and several muttered profanities as my older opponents left the tobacco-stained cabinet somewhat confused as to how they’d lost to a pudgy, shifty-eyed thirteen year-old.

Throughout the fighting game craze, which had burned out by 1997’s criminally overlooked Street Fighter III, I was always more than aware of SNK’s output. I was lucky enough to live down the road from a small independent game outlet that had several Neo Geo consoles set up, a few quid for an hour if memory serves correct. I certainly played more than my fair share of Fatal Fury 2, Art of Fighting and Samurai Showdown, all of which I viewed as interesting facsimiles of everyone’s favoured fighting franchise. Sure, the colourful characters such as Andy Bogard, Ryo and Geese Howard looked interesting, but they always lacked something that Capcom’s fighters possessed in spades, a sense of personality that differentiates a pop culture classic from a forgettable derivative. Those games would have been nowt but a fond memory were it not for video game piracy.

I’m not a fan of piracy, predominantly because a) I wouldn’t want my own art stolen and/or sold beyond my control and b) I don’t like to invest my spare time on anything I wouldn’t be willing to pay for. But SNK insisted on releasing its latest titles exclusively on the aging Neo Geo console, and it became increasingly easy for the average PC to run ROMs of those games without a single hiccup. While the opportunity to revisit the aforementioned SNK titles was a treat, emulators such as NeoRageX allowed me to experience both Metal Slug and King of Fighters for the first time, the latter of which was a series in which no arcade in Southend-on-Sea had ever bothered to invest. KOF ’98 did eventually materialize in the dankest corner of the dingiest establishment, and even though it was a decade overdue I played the crap out of that beauty.

The fact that I’d been unable to get my hands on King of Fighters but read so much about it had bestowed the series an almost mythical quality by the time I was able to emulate it, but I was in no way let down by my lofty expectations. The Orochi Saga drew me in and made me appreciate SNK’s world and cast in a way I’d not previously considered possible. KOF ’99, at the time the series’ latest iteration, was for many years time my favourite of the series (though it has been superseded numerous times since), with its twist on the team formula and awesome gateway characters such as Maxima and K’.

While the KOF series has endured its share of vicissitudes, it was probably me that changed first, my passionate relationship with fighting games gradually withdrawing to a very casual interest. University, full-time work, relationships, a mortgage and the rigmaroles of adult life deprived me of the time one needs to fully engage with the fighting genre. Street Fighter IV was a particularly traumatic experience; it took all of a dozen online bouts for me to realise that I probably never had the skills to pay the bills with to begin with. I stuck at Street Fighter IV for a while, and while it was a good game, it never quite clicked with me, for reasons that could fill another column. Recently, however, SNK resurfaced from its own ashes like a majestic phoenix and released King of Fighters XIV.  A reasonable portion of the series stalwarts have come down pretty heavy on the game, criticising the game’s last gen graphics and the move from hand-drawn sprites to 3D models, as well as the new rush mode combo mechanic. They may have some valid points, though I’d argue that the KOF games have never been about graphics, and even the series’ finest entries have placed precedence on solid gameplay over presentation. And the rush combos do so little damage compared to standard combos that only a newbie would rely on them… which is kind of the point.

Regardless, KOF XIV has not only resurrected a venerable franchise but restored my love for fighting games. I’ve tried to fit in an hour’s play every night, and while I’m not likely to compete in a tournament any time soon, the game’s outstanding roster and playful reverence for its own history have piqued an obsessive element of my personality that tends to escalate at an alarming rate. Not enough is ever made of those few games where everything clicks. King of Fighters XIV may indeed be a bit ugly, and some of the new character designs are downright hideous, but it just feels right, in a way so few franchises do after a few decades of diminished returns. Anyway, enough of this, I shall now return to building my own custom arcade stick from Sanwa parts, a pet project that has become an obsession in its own right. Sometimes it’s a good thing to “grow” out of certain pastimes and move on, but sometimes it’s just as liberating to rediscover old pleasures.