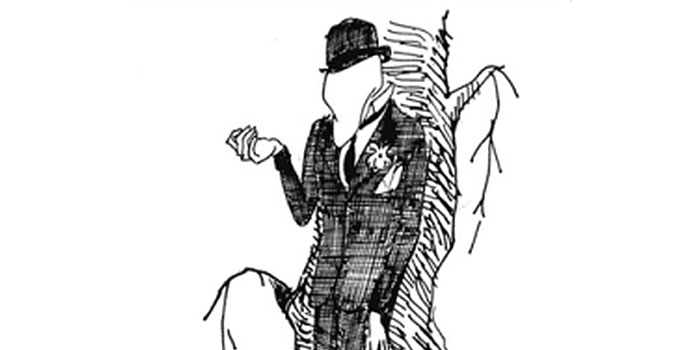 In Norton Juster’s incomparable The Phantom Tolbooth, our reluctant hero Milo is pursued by a villain known as the Terrible Trivium. A sinister, faceless entity in an impeccable tailored suit, the Trivium doesn’t kill or capture his prey as such, but rather politely asks them to perform a series of mundane tasks for him. These meaningless tasks, however, are of a sort designed purely to eat away at our hero’s time for eternity; to move a pile of sand from one spot to another using a pair of tweezers, and so on.

Even as a kid I found the Terrible Trivium a profound creation, and Juster’s “demon of petty tasks and worthless jobs, ogre of wasted effort, and monster of habit” seems increasingly relevant with age. With every year that passes I feel as though I carry the duties of another Trivium, another set of tasks that bring me no happiness and seem to have been designed by some malevolent deity to hinder my creative process. Blog posts slip from one week to the next, and my second novel’s month-long hiatus has now lasted four.

Or at least that’s how it feels in the moment. In retrospect, when I actually take the time to pause and reflect on life, it’s clear to see that this year I’ve taken on too many tasks, and tried to fill too many roles. It’s all easy to hold yourself accountable for not being superhuman.

I attended counselling last year, in an attempt to stop the stress-induced migraines that blight my existence, and my counsellor believed that I plan my weeks so meticulously that when reality throws a spanner in the works, as it always will, I crumble under the weight of impossible expectations. She was probably right.

Oh well, onwards and upwards, and all that. Next week I’ll be looking at the submissions for the Inkhead workshop, and hopefully putting up the first page of my webcomic, Tomorrow Will Be Worse. That first page will be finished a month later than planned, but hey, I’m not going to let that get me down. I’m still here, still earning a living as a creative and still taking a small step forward each day. It ain’t quite the dream, but it ain’t so bad.

And with a bit of luck, maybe the second page will only take three weeks.