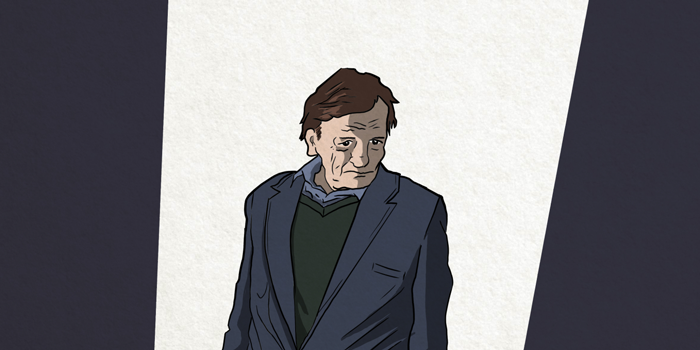 On the Shelf is a short and sweet regular column in which I discuss whatever I’ve been doing, creating, reading and watching. Y’know, the sort of thing most normal blogs have.

Nearly a decade ago now, I found myself in a relationship that could best be described as abusive. Naturally, I didn’t see my predicament as such at the time, and willingly settled into a situation where my every action and thought was expected to suit a demanding and vindictive partner.

Fortunately, just a few months into our purported relationship I then got the flu.

Yes, the flu turned out to fortuitous. For, you see, the moment I was bedbound and separated from that partner I was no longer of use to her. For the two weeks I was ill she didn’t contact me once, and any requests to visit me were met with excuses. Things soon fell apart, as they were always expected to, and valuable lessons were learned, if only by myself.

Anyway, eight years later and the past few months have bestowed upon me a similar moment of clarity. I’ve been ill yet again. That’s four times in three months. A bona fide flu, a sickness bug and two lingering colds, several of which I’ll reluctantly ascribe to stress and poor sleep. Today I have a loving partner and things couldn’t be better in that respect, but being so sickly has once again forced me to pause and put 2018 into perspective. Once again, I’ve realised that things need to change.

Throughout late 2017 and 2018 I contributed a lot of my time to the Inkhead project, an at-the-time comics festival that would have been funded by Arts Council grants and coordinated by a local arts organisation. What started as potentially the most exciting thing to have ever happened to my home town of Southend-on-Sea gradually diminished in scale, as it was expected to, but I kept on pushing for it to happen. Mainly because I feel that the British comics scene is too London-centric, and wanted to plant the seeds for something that would help unite and promote local creators.

When it was clear that the other parties involved wanted a women-only comics project, I kept pushing. When the last of numerous applications for ACE grant support was declined for the most insulting, humiliating reason possible, I kept pushing. When days of my time were wasted developing a website that wasn’t even looked at let alone used, I kept pushing. The final straw for me was when I spent considerable time writing the introduction for a 12-page feature that appeared in a local arts magazine, only for my by-line to be omitted. Ultimately, I put 100-150 hours into Inkhead this year, and ended up the one contributor whose bio and contact details weren’t printed.

For some reason, and despite having been treated incredibly well by everyone involved, this omitted by-line felt like salt rubbed into a freshly opened wound I didn’t even know I had. The Inkhead participants all returned home, predominantly to London, and nothing whatsoever changed for Southend-on-Sea.

It’s my way to sound more bitter and resentful than I am. As with that abusive relationship, I expected such an outcome, but I should make it clear that I don’t regret working on the Inkhead project at all. I enjoyed the process, and regrets are a waste of time. I also met some genuinely lovely and talented people by getting involved and feel more confident in my art and writing as a result. The blame rests entirely on my inability to say no, and more importantly my inability to know when to back down and enjoy the smaller victories.

So, as we dip our toes into 2019, I’ve realised that I need to approach my life differently. By the end of last year I’d moved my hours about for Inkhead, sacrificed so much time for it (I even neglected to visit my dying uncle because of it), that the past few months I’ve either been catching up on the web design and marketing projects that comprise my day job, or ill. I created nothing for myself last year, and I’m no further along in terms of my body of literary work, online presence or reputation than I was a year ago. My second novel is still at the first draft stage, and my webcomic project gets delayed by a month on a monthly basis. Every time I recover from the latest bug, I’m forced to once again push all personal comic projects aside in order to catch up with my ever-expanding review backlog.

It’s no way to live.

So yeah, things need to change, and I need to better define my priorities. That means changes to how I see myself as a professional, and drastic changes to Shelf Abuse.

In short, I need to be more of a cunt.

Some people come up with one new year’s resolution, I’ve got seven:

Deep breath… I feel better now. Sorry about that.

Shelf Abuse isn’t ending just yet, though I’ll certainly be limiting the time I spend writing about other creators’ work and focus on publishing my own. Over the next few months I’ll be changing course a little, possibly a lot. Shelf Abuse will merge with my Bothersome Books imprint, I’ll be pushing both a new novella and a preview of my second novel, releasing an ongoing webcomic that I’m still so excited about (and wouldn’t have commenced if not for Inkhead), making my new art portfolio and web/graphic design business sites live and even flogging some T-shirts through our new Mizzog label.

2019 is looking to be pretty damn good. But please, don’t ask me to get involved in anything else until at least 2020. Unless it’s interesting… or maybe for a good cause…

On a marginally more productive note, my final sketch of 2018 was of Mark E Smith, the driving force behind The Fall, and a, ahem, idiosyncratic personality I’d long wanted to draw. While I plan to be less “nice” in 2019 I hope I don’t prove quite as misanthropic and alienating as the hip priest. Nothing good comes from holding on to the past.