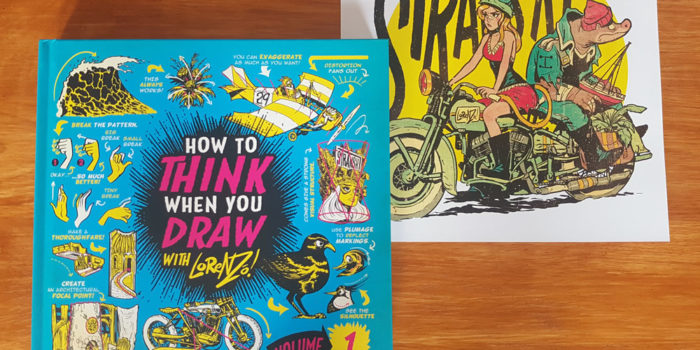 On the Shelf is a short and sweet weekly column in which I chat about the amazing things I’ve been doing, creating, reading and watching. Okay, none of them are genuinely amazing, but let’s just pretend they are. Please, humour me. So, it’s been over three years since I digitally published my first novel, Welcome to The Fold. The book received favourable responses from the few people who read it, even if word of its existence didn’t exactly spread as I’d naively hoped. To be fair, I stopped promoting it a few months in, with plans to market the book fully once the physical edition was finished, though other creative projects and that thing we call life intervened in spectacular style. I’ll also be the first to admit that the idea of seeing my work in print has never fascinated me as it does so many writers; the words remain the same whatever form they’re in. Regardless, the CreateSpace editions of both Fold and my partner Emily Babb’s debut These Unnatural Men arrived this week and… once again I’m not too impressed. The interiors are excellent, but the print quality on the covers (matte finish for both) is dull, washed-out and of a quality you’d expect from a home inkjet. Perhaps I’m asking too much from print-on-demand, but I’ll nevertheless try both a CS gloss cover and Ingram Sparks before I likely resort to finding a decent printer and ordering copies in bulk. Fortunately, this little gem turned up the same day: How to Think When You Draw by Lorenzo of Etherington Brothers renown. Funded by an incredibly popular kickstarter, it came far earlier than I’d anticipated, and it’s a thing of beauty. The book is essentially a “how to” produced by someone of genuine talent, as opposed to a struggling artist who views such guides as a lucrative market. There’s an overwhelming level of attention to detail and affection for the craft on every page, with a sense of humour that’ll appeal to artists of all ages. The first 150 guides within are available to read for free at theetheringtonbrothers.blogspot.com, but in contrast to my attitude towards prose I’m the sort of stuck-in-his-ways creative who likes to flick through a physical copy during those frequent bouts of creative block.

This week my precious spare time has been consumed by two rather good video games: Shadow Tactics: Blades of the Shogun and Nioh. The Feudal Japan setting they share is coincidental – I’m shamelessly playing these because of other games they resemble. Shadow Tactics is a modern take on a style of stealthy RTS as defined by 90s series Commandos and Desperados – a subgenre that never quite took off but still has its devotees. Shadow Tactics is arguably better than either of those, though, with a formidable difficulty, serviceable story and ingenious level designs that force you to try all manner of strategies to dismember bad guys without being spotted. Nioh appears to be a Dark Souls clones, or at least for the first few hours. Team Ninja’s influence gradually shines through, however, and the game has as much in common with Ninja Gaiden or Devil May Cry as it does the FromSoftware titles. I’d actually go as far as to call Nioh‘s combat superior to Souls’, and though its level design and variety of enemies pales by comparison the game is far more generous to the player. Progression never feels like a grind, as it too often does with Souls and Bloodborne.