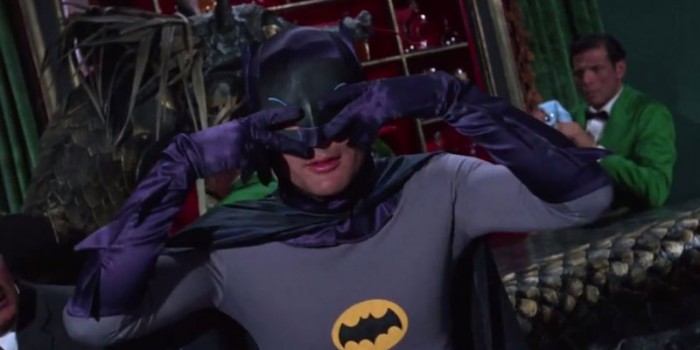 In Under the Influence, I share the books, comics, films, shows, games and albums that have inspired me as a writer, artist and nerdling.

Back in the 80s, when I was a comic-collecting kid with a limited income, the bargain bins were my domain. I’d much rather go home with ten random issues I’d never actually read than collect and treasure a particular series. Marvel’s continuity was pretty stable back then, and you generally had a good idea of what was going on with the central characters in a random X-men or Avengers issue.

DC, on the other hand, was an entirely different matter.

The DC Universe was expansive, convoluted and kind of terrifying. I initially avoided it, but gradually came to love the concept of the multiverse, and how DC’s writers so passionately and desperately developed and re-developed the rules of what could and could not be done within it, only to break them time and again to justify another bout of fisticuffs. Over the years, I’ve come to see the various iterations of each primary character in the Marvel or DC universe as a completely separate entity, forged from the fashions and concerns of their time and the whims of their creators. While canon is often a sensitive issue with many readers of the Big Two, I’ve learned to embrace the perpetual evolutions of the icons I hold dear and how they reflect the period in which they were conceived.

Take Batman as an example, albeit an obvious one. Ignoring the numerous versions of Batman found in the multiverse-spanning Elseworlds imprint, the mainstream, canon Batman can still be split into several unique entities, each enjoyed in comics and other media today.

There’s the grittier, modern comic take on the character, a borderline psychopath driven to obsession by his crusade, who is redeemed by his decision to take a ward under his wing and an alliance with Gotham’s sympathetic Police Commissioner. He’s only slightly removed from the pre-New 52 Batman, a Bruce Wayne who essentially ruled Gotham with a veritable army of disciples and former sidekicks. In certain writers’ hands he was pretty much an unstoppable megalomaniac. Then there’s the more child-friendly Batman who appeared in cartoons such as Justice League Unlimited. Though he is still far from a team player, Batman substitutes the powers his team-mates possess by taking the role of the “brains” within the group. He often favours indirect confrontation, allowing others such as the Flash and Green Lantern to battle it out with their foes while he devises a way to exploit their weaknesses.

Frank Miller’s influence in the 1980s left us with not only an aging Dark Knight but the “Year One” Batman. A Batman who has yet to establish himself in Gotham, or fully integrate himself with the other costumed heroes of the DC Universe. This character was a clear influence on the Nolan movies, though that iteration was itself a completely different Caped Crusader.

And then there’s– I’ll stop there…

I’ve always been a fan of continuity, though conversely I’m not too keen on writers slavishly sticking to that continuity. You can tell a how steeped a fan is in comic history by how vehemently they object to the next impending reboot or a comic movie’s recasting. Anyone who reads comics for a few years will learn to say goodbye to their favourite creative team, and with that farewell comes the excitement of said change – the idea that a new writer or artist will build on your favourite characters… or run a much-loved series into the ground.

Take the 60s Adam West portrayal of Batman, one I used to loathe but came to adore as my appreciation of comic book history deepened. Though the TV parody is often viewed as a slur on the character by fans, the comic counterpart of the 50s and 60s was equally outlandish, aided by Ace the Bat-Hound, pestered by the extraterrestrial Bat-mite and visiting space with Robin on a regular basis. That’s not a character of particular relevance right now, though The Brave and the Bold did its darnedest to prove otherwise. But who knows, maybe one day readers will once again choose a space-travelling playboy over a vengeful vigilante. Tastes will always change, and superheroes will forever adapt to suit them.

I’m of the opinion that comics work better when they embrace their own ridiculousness. DC’s finest scribes have made the mistake of attempting to explain Superman’s abilities with pseudoscience, and the result is always expectedly po-faced and no less ludicrous. Just embrace the silliness, I say, or fuck off and write genuinely intelligent science fiction.

This frustration towards writers trying to demystify the amazing was one of the core ideas behind my first novel, Welcome to The Fold, and the concept of a multiverse so overrun with near-identical new worlds, tired concepts and recycled characters that it’s on the brink of collapse. Welcome to The Fold is also a transparent commentary on the state of comic book continuity, or indeed the stability of any fictional universe that has lived enough years and passed through enough creative hands and marketing teams.

Sure, I may have stopped buying much of DC’s output since the New 52 reboot, but that’s predominantly due to the standard of its output than the change itself. Whether the next reboot appeals to the tastes of a broke thirty-something or not I can’t say, but I’m always interested in seeing where DC takes their eternal archetypes next. There’ll always be a few nuggets in the proverbial steaming pile.