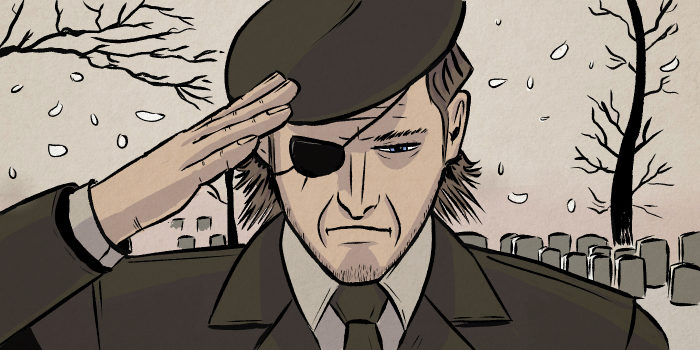 In the first of a new ongoing column format, I explain why I’m quitting writing comic reviews – but why I’ll still be writing about indie comics.

I’ll be linking to this post on various sections of the site, such as the submission guidelines, in the hope that it’ll at least provide comic creators some perspective before they deem me a cunt for not responding to their emails.

Imagine, if you can, the last funeral for a loved one you attended.

Imagine, then, as the grief floods your eyes, feeling your phone repeatedly vibrate as someone you’ve never met demands to know what has happened to the review you said you might write several months ago, until life intervened.

Imagine being stressed and overworked to the point that your entire body is covered in eczema so severe that it regularly cracks open and bleeds, you’re on anti-depressants for the first time in your life, and the tendons in your dominant arm are so completely fucked that you can barely pick up the pen, mouse or stylus required to earn your living. You need a break. Even your boss insists that you take time off.

Yet still the emails continue to fill your inbox.

Imagine you go on your first holiday in years, and you’re unable to relax because your inbox is doubling in size each day, overflowing with review submissions in which creators tell you they’re doing you a favour by sending you a PDF of their latest release and implying that you now owe them several hours of your time. If you’re lucky, maybe they’ll just put the outcome of their latest Kickstarter campaign in your hands. You’ve had neither the time nor the internet connection to reply to any of these emails, so the creators responsible have also kindly DM’d you on Facebook and Twitter.

Imagine walking out the vets after you’ve just had one of your best friends put to sleep, and shuddering when your phone vibrates because it’s likely to be another plea for help… this time from someone claiming to be your most loyal reader… a most loyal reader who’s never liked, shared or commented on a single one of your posts.

Yup, this is my state of mind right now. And I’ve come to the conclusion, without sounding too dramatic, that for the past few years Shelf Abuse has been slowly killing me.

I wrote the embarrassingly melodramatic nonsense above last October, over five months ago as of writing, after I checked my inbox several days into a week-long holiday to find over 60 new review submissions nesting in my inbox. I decided shortly after, as the plane from Pescara landed on English soil, that I was going to end Shelf Abuse.

You see, it all got a bit out of hand. After thirteen years of working/writing/creating 6-7 days a week, something in me folded and snapped.

Shelf Abuse exists in a strange place, not popular enough to benefit my career but longstanding and “busy” enough to consume my every spare minute. And it’s an endless task. For example, were I to grant each of those 60 aforementioned emails a mere 10 minutes of my time… then that would constitute a 10 hour day, at the end of which I’d have nothing to show for my time and labour other than a Dropbox folder of downloaded PDFs and a page of notes. Crucially, I wouldn’t have read a single comic in its entirety. I’d also have more fresh review copies in my inbox by the end of those 10 hours.

I’ve been running to catch up in this manner for years now, my efforts to cover as much as I’d like regularly demolished by the next inevitable week of overtime, holiday or sickness.

This is something that many indie comic creators seem to be oblivious of – when critics, journalists or amateur bloggers (I’ve been all three) ignore their pleas we rarely do so out of choice. I continue to devote time to blogging, and continue to pay an extortionate monthly fee for Shelf Abuse’s VPS, because I love comics. I also cherish the many books I’ve read, and the many creators I’d met, as a result of blogging for over a decade.

Fortunately, I decided not to publish the above blog post in all of its acridness (the second half was rather nasty), and bar a November column I was rather happy with, decided to take a much-needed month off. I enjoyed that month so much that, for the sake of my physical and mental health, I took another four.

I’ve now had a chance to reconsider how I can still maintain Shelf Abuse, and work out a schedule that will allow me to both continue promoting the comics I love and also spend enough time on my own work. The ol’ “one for them, one for me”, if you like.

That last point plays a rather sour note for me. In 2019 I sold less than a dozen books, partly because I spent so much time promoting the work of others that I neglected to promote my own fiction. In 2018 I also devoted too much of my precious time to a local comic event for which I received very little thanks, and while I certainly don’t regret doing so it has all provided something of a reality check. Those desperate indie creators demanding my time and attention suddenly seem far less sympathetic, and somewhat more parasitic, when I realise that none of them would ever support my literature.

I’m aware my tone may come across as arrogant or bitter. That couldn’t be further from the truth. I’m truly honoured to have met and connected with so many great artists and writers through this blog over the past decade.

That said, I’ve noticed things change recently. A palpable shift in attitude, an air of entitlement – the origins of which I can’t quite pinpoint. Several unpleasant exchanges last year forced me to view the current indie comics scene through more cynical eyes. The self-publishing and small press movement is both exciting and sorrowful; few involved make any money, and a good percentage of people buying indie works are other indie creators. The idea of independent artists making what they want how they want is fucking fantastic, of course, as long as all involved are enjoying their art and the convention scene, but I feel that comics culture has become increasingly hermetic over the past few years. Small press fairs and drink & draws bring people together but give them fewer reasons to abandon their bubbles. Everyone is either an ally or a common enemy, and a single dissenting opinion may well see you banished from their community for life.

Furthermore, the acceptance of Kickstarter and crowdfunding as the primary method for prominent indie creators to fund their next work has led to an urgency that wasn’t there before. Creators have become a lot more demanding of me, and indeed others as I’ve witnessed on Facebook or Twitter, as though I’m both integral to funding their dream project and indebted to them. Too many first-time self-publishers see their inaugural work as rightful passage into an industry that has more hopefuls than it could ever have professionals, and with that critics now occupy a strange place in the comics world. We’re paradoxically viewed as both talentless vermin and the only hope for new artists. One day I’ll be told that my writing is crap, and the next day I’ll receive a venomous message from someone whose book I’ve been unable to review, as though their future career rests entirely in my blistered old hands.

Now that the steam has stopped emitting from my ears, here’s the twist: I still love blogging, and I’m still no less passionate about comics. There are many great comics being made by many insanely talented people. So many, in fact, that it breaks my heart I’ll never be able to give them all the time they deserve.

Restlessness has kicked in, however, and I’m feeling restored and creative once again. I’ve a few projects I’m excited to finally finish and share over the next few months, including a preview of my ever-delayed second novel and a comic project of my own. I’ll also be resuming Shelf Abuse this week, albeit in a more personal column (with a weekly sketch and comic recommendation) rather than the traditional review format.

After putting Shelf Abuse on hiatus for four months, then, I’m going to attempt something of a compromise. A weekly column that will focus on my own work, as well as storytelling, art, design and creativity in general, but also mention a comic book that I’ve recently enjoyed; similar to this Bladerunner piece I wrote last November. I’ll also be illustrating each column. That way I can continue to promote deserving comics, develop my own amateurish illustrative style and engage with other creators in some fashion.

I’m also updating my submission guidelines so that I don’t waste anyone’s time, and will be a lot stricter with ignoring those who fail to adhere to my rules. I hate being rude to people, but I have to put my own career, as well as my mental wellbeing, first and foremost. I’m always happy to receive submissions, as I still buy a ton of comics, but will now be limiting myself to one recommendation/mini-review a week and regular social media posts. That’s right, just one. Not two, or three, or ten. One. I’m also now left with a backlog of several hundred submissions that I’ll probably have to push aside, but I’ll try to share what I can. Always free to pester me a second/third time if I don’t reply. Emails only, please, no DMs.

I’m well aware that few people will read this column, as folk seemingly only read Shelf Abuse when I’m offering them free marketing, as evidenced by the review submissions that continue to pour in months after I announced my retirement from reviewing. But that’s fine, it’s all good. This is the game we time-poor creatives must all play.

So, yeah, breakdown averted. I’m still here. Still creating and still blogging for now. Show me what you’ve got!

2 thoughts on “On the Shelf #24: Why I’m No Longer Writing Comic Reviews”