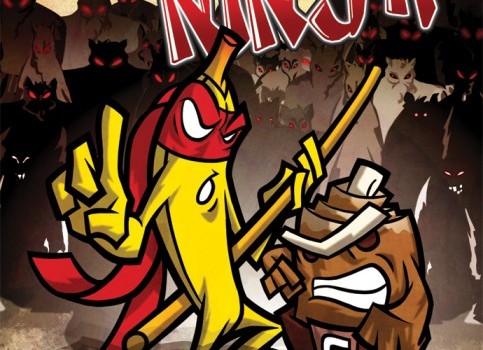 Earlier this year I featured a book called Fool’s Gold, an ambitious collaborative project from the Dearne High College in Rotherham, which aimed to encourage reading and writing in pupils. It’s always heartening to hear of comic books breaking though literary prejudices, and even more so to see comics enlightening children and teens. Contrary to the mainstream outlook that comics are confined to superhero stories and fantasy manga, the medium is as flexible and versatile as any other storytelling device, and with its fusion of images and words is ideal for learning.

Well, it would appear that comics are already being widely read in the classroom. Canadian Publisher Rubicon sent me some samples from its  range of educational books, which includes both fiction and non-fiction graphic novels. Divided into age ranges and curriculum levels, Rubicon’s catalogue has something for children of every reading level, from the ‘Timeline’ titles, which combine digestible historical fact with a comic narrative, to the ‘BOLDPRINT’ and ‘BOLDPRINT Kids’ selections for younger readers. By far the most impressive of the copies I received was a ‘Graphic Poetry’ title featuring two of Alfred, Lord Tennyson’s most revered works The Eagle and The Kraken. Spoken poet Scroobius Pip recently released a book of his lyrics put to images, and the end product fully convinced me that poetry and sequential art are perfect partners. Both of Tennyson’s poems are magnificently illustrated by Jeremy Bennison here, particular The Kraken, and he uses the poems as part of the visuals rather than limiting Tennyson’s succinct style to caption boxes.

The ‘Graphic Poetry’ layout is also quite inspired. Each poem begins with a brief introduction spotlighting themes or hidden meaning that students will want to look for, and is followed by the illustrated poem itself and then a plain text iteration of the work with definitions. At the rear of the book is a ‘Between the Lines’ section which goes into each poem in further detail, as well as posing questions that study groups can discuss. It’s unlikely that any pupils will struggle to understand or appreciate Tennyson’s work after giving this book a chance.

Next up is Detective Dean, a fairy tale amalgam from the ‘BOLDPRINT Kids’ imprint. Written by Michelle Shalton and illustrated by Xiao Xin, it’s a fun enough little book which invites pupils to follow the titular Dean, a bookish tortoise, and his sidekick Chicken Little, as they visit various fairy tale characters and unravel the mystery of Snow White’s disappearance clue-by-clue. Detective Dean is clearly aimed at very young readers, and is intended a catalyst for a series of creative exercises in which lil’ dreamers will write their own fairy tale crossovers and design a poster for a metafictional Detective Dean animated movie. Xiao Xin’s character designs are cute, quirky, and the straightforward story is likely to get imaginations running.

Finally, we have ‘BOLDPRINT’ book Banana Ninja, a  slapstick caper which combines two ever-bankable genres: martial arts movies and anthropomorphic fruit… Bad puns ensue as Banana Ninja and Cinnamon Sumo thwart the advances of a gang of ravenous rats. Again, there’s a series of exercises following the story, which I didn’t feel worked as well as Detective Dean. It wasn’t nearly as charming, and didn’t appear to offer any educational or literary value. Though I should add that each BOLDPRINT graphic novel is thematically linked to another publication; in this case a book on food nutrition with recipes, entitled Eat, which I did not read.

Rubicon is clearly producing some impressive school aids here, with attractive art and provocative presentation. The Graphic Poetry line in particular illustrates how comics can be used to administer the classics to the potential writers of tomorrow; and doing so with a great deal of reverence. While some might dispute the educational value of Detective Dean or Banana Ninja, both were fun enough to get kids interested and the curriculum notes will have them discussing the related themes and, most importantly, embarking on their own creative endeavours. And at the end of the day, isn’t that what school should be about?