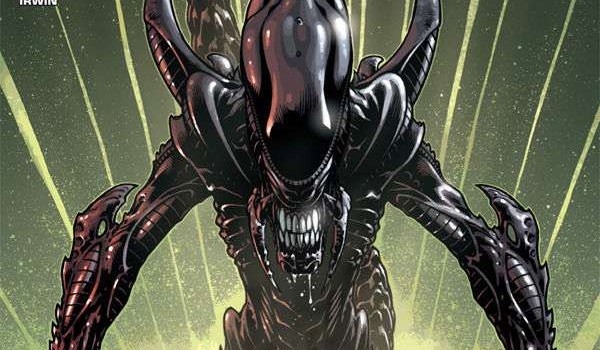 The first issue of Dark Horse’s new Aliens miniseries balanced somewhere between generic and shocking; with a (seemingly) standard plot livened up by Arcudi’s decision to kill his (seemingly) main characters a dozen pages after he’d introduced them.

Straight away in Issue 2 we discover that the only survivor of this massacre, David Sereda, was in fact an android. After repairing himself and installing a set of pilot skills into his cranium, David is contacted by Andrea, the girl introduced at the very beginning of the first issue, and descends into the xenophobe infested planet to rescue her. There’s obviously more going on than it would seem in them thar crystal caverns, but what it is we’re still left oblivious to. This sense of mystery has so far been the saving grace of Aliens. Whereas many of the elements in this title are visibly ripped from the films, the question as to what exactly has happened to the colonists is intriguing enough to ensure I’ll carry on reading. John Arcudi’s writing is fine, though the first issue’s enjoyable banter has subsided for the sake of narrative urgency. Zach Howard has now been aided by Gabriel Andrade – though the switchover is near seamless – and while the art is still too colourful for my tastes, it’s grown on me over the past month.

This issue was a slight improvement on the last, but we’re now halfway through this series and the plot has so far left me feeling indifferent. Still, it’s not a bad book by any means, and the setup so far has been competent enough that Arcudi could still have a few more genuinely unexpected twists up his sleeve.