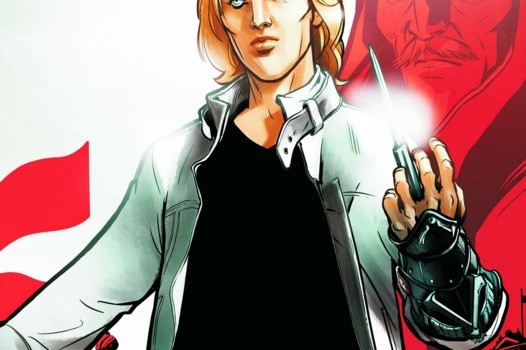 The problem with videogame to comic adaptations is that they struggle to find their own identity. Writers resort to unimaginatively pilfering the source material’s concept or characters to the extent that the comic is no more than a soulless reiteration. Assassin’s Creed: The Fall is that rare exception. As made apparent by its harrowing conclusion, Cameron Stewart and Karl Kerschl have created a series which runs parallel to the venerable videogame series without feeling like a pale imitation. Creed’s combination of stealth, parkour and virtual time travel through a contraption known as the Animus – a preposterous plot device which allows its user to revisit their ancestors’ memories through inherited DNA – has made for an original and evocative series. Whereas the games explored the Crusades and the Renaissance period, The Fall juxtaposes the tales of contemporary everyman Daniel Cross and his 19th Century Russian ancestor Nikolai Orelov, both of whom are integrated into the Assassins.

Whereas the past two issues felt like an excuse to integrate the Tunguska event into Assassin’s Creed mythology, The Fall hits an unexpected twist halfway through this final issue, a revelation shocking enough to not only demand a reread but mark this as an exceptional series, one which enriches the franchise rather than simply reproducing it.