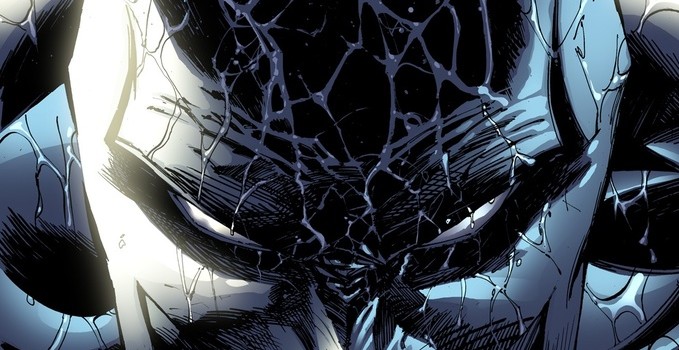 Whereas last month’s issue of Batman saw Dick Grayson accept his role as Wayne’s successor, this month we see Gotham’s underworld react to the new, media-friendly Dark Knight; more specifically Penguin and Two-Face, the later of whom isn’t convinced by the Bat-impostor.

Obviously, Grayson is playing for the cameras to get the message out that Batman is back, and it’s these little details such as this that made this issue – such as Dick’s complaints about the costume’s mask restricting his peripheral vision, and the cape being far too heavy for his more acrobatic method of vigilantism. One tired comic cliché Winick does employ in this first part of ‘Long Shadows’ is that of the flash-forward; the issue begins with Batman being beaten within in an of his life by an unidentified assailer, who is evidently aware that he isn’t he genuine article. This might have proven more tantalising an opening were us wry readers not sure of two things: 1) Grayson will get out of this with identity unscathed, 2) the assailant probably (emphasis on the probably) isn’t Two-Face or Penguin, as they were both introduced too early on in the plot.

With the first instalments in Judd Winick’s run on Batman and Grant Morrison’s Batman and Robin series both proving so good, it’s odd that both series have slowed to a crawl with their second issues. To Morrison’s credit, he’s work is usually so characteristically bizarre that even when his writing is not at its best, it’s always entertaining. Winick is a fine writer, and Mark Bagely’s consistent art catches this title’s current tone well, and this series is a worthwhile read. It’s just that after serving as Batman for seventy years, Bruce Wayne’s death needs to have a far greater impact on the character’s supporting cast and rogues gallery.