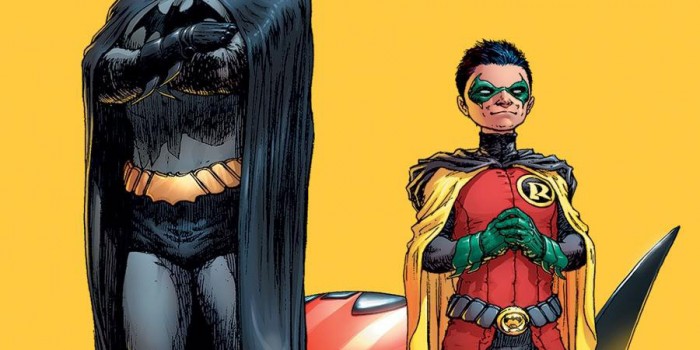 When DC Comics gave Grant Morrison the keys to their multiversal kingdom, it must have seemed like a winning strategy. Given his reputation as the “reboot guy” on titles like Animal Man and Doom Patrol, it made sense to let Morrison re-jiggle the DC Universe into something more interesting. Unfortunately, the results were perplexing to say the least, but after the convoluted mess of Final Crisis and Batman: R.I.P., Morrison has sunk back into the thankfully more straightforward Batman and Robin, a title which feels similar in tone to his fun, if overrated, All Star Superman series. Yes, I used the word “fun” in reference to a Batman book, something which has not been warranted for several years. Morrison’s take on the new dynamic duo is decidedly camp – not Adam West camp, mind – but his trademark brand of dementia is supplied in full dosage. The duo’s first new antagonist is Mr. Toad, a villain seemingly lifted from The Wind in the Willows, and clearly intended as a comical goon – as a typically odd Morrison touch, he appears to demand dominos as payment. But the introduction of Toad’s boss, the mysterious Pyg, is horrifically memorable. The bickering energy between Dick Grayson and Damien Wayne is also refreshing, though it may tire if they don’t solidify sometime soon.

About as far removed from the ambitious and cerebral Batman: R.I.P. storyline as is achievable, Batman and Robin is a colourful accessible title that should bring in a fair few new readers. When Morrison isn’t trying to rewrite established comic history or mentally dissect his characters there’s few writers who handle mainstream properties better. Of course it doesn’t hurt that this book is illustrated by regular Morrison cohort Frank Quitely, whose knack for capturing the absurd is second to none. With but three panels on the final page, Quitely gives us a tantalising taste of what is to come – most notably Damien getting his head kicked in. And I wouldn’t miss that for all the dominos in the world.

Still not quite convinced by the Gerry Anderson flying Batmobile though…