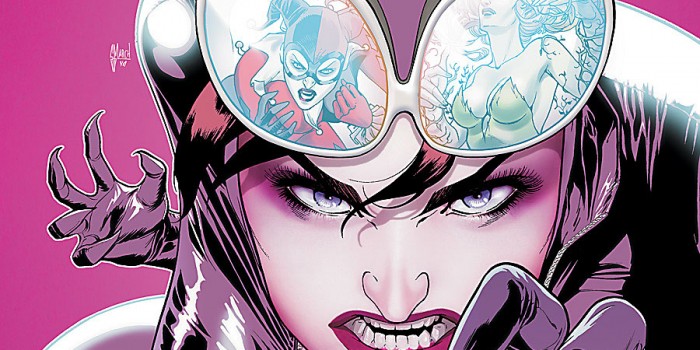 Given the overall exceptional quality of the various titles contained within the Batman Reborn label, there had to be at least one stinker. Gotham City Sirens is by far the weakest of these releases, with the usually reliable Paul Dini failing to make the trio of Catwoman, Poison Ivy and Harley Quinn feel like a cohesive team at all.

This may be the point, of course, but unlike the recently cancelled Birds of Prey series, the team sorely lack a common goal. Selina Kyle, weakened after Hush ripped her heart out – in the DC Universe this is equivalent to stubbing your toe – is evidently depending on her sociopath buddies to compensate for her physical inadequacies, but the fact that she continues to operate with them after they’ve bound her to a chair and tortured her only emphasises how contrived this series’ premise is. Sirens also sees the return of Hush, who is continuing to mimic Bruce Wayne; though his shallow depiction here just emphasises how poor Dini’s work here is in comparison to his Heart of Hush arc, as well as his demonstrated grasp of all three femme fatales on Batman: The Animated Series.

The sleazy art by Guillam March is also of a substandard nature, and while Harley isn’t represented in quite as gratuitous a light as in the first issue, the book’s reliance on booty shots pretty much encapsulates Gotham City Sirens’ low ambitions. With Detective Comics, Batman, Batman and Robin and Dini’s own superior Streets of Gotham all proving worthwhile reads, there’s really no reason to buy this book unless your preferences have yet to progress beyond scantily-clad vixens aimlessly strutting their stuff.