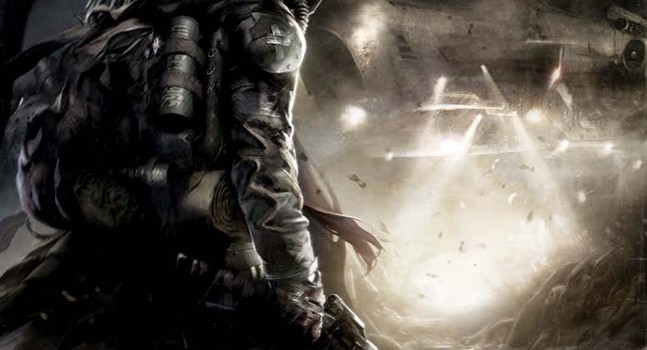 Radical Comics is a relatively new publisher that prints thicker, 52-page books with high production values and movie adaptations in mind. The company has also been beset with plagiarism accusations (Nick Simmon’s Incarnate) and a lawsuit concerning unpaid wages, but I spotted this preview issue in my local comic store and decided to review it on its own merits. Similar to the one dollar previews that DC has released with many of its recent major events, this premiere is essentially a reasonable taster of its upcoming sci-fi title After Dark, as well as a peek at the Hotwire sequel Deep Cut. After Dark follows the trend set by Virgin Comics; of hiring a seasoned comic scribe to develop an idea from a more bankable name, in this case both Antoine Training Day Fuqua and Wesley Snipes (whose involvement probably doesn’t pack the same punch it once did). I’ve never quite understood why publishers assume that a book by a moviemaker such as Fuqua is going to sell more than a series developed by a proven comic book writer. It’s not as if these titles are likely to extend beyond the usual audience – surely the average comic geek would be more inclined to buy a book written by Peter Milligan, who gave us such series as Shade the Changing Man, X-Statix and Geek Street.

After Dark is set in your common-or-garden post-apocalyptic future, in this particular instance a future without sunlight. The remnants of mankind have been contained in the densely populated Solar City, where the entire population is drugged to prevent them from revolting against the city’s oppressive rulers. Enter drifter Omar, who is captured by government agents and sent on a mission into the wastelands to find a mystical women known only as Angel, who has appeared in visions to many of Solar City’s inhabitants.

Those who buy After Dark for some impressive digital painting won’t be disappointed by Jeff Nentrup’s futuristic landscapes. Nentrup is a high profile concept artist who has worked on numerous big budget movies and video games, and his double spread that closes this sample is a genuine work of art. He’s clearly an artist more interested in creating worlds than drawing people, however, and often the human characters have a waxy, uncanny valley eeriness about them. But this is nevertheless a beautiful book.

Peter Milligan is an excellent writer, but his usual flair is missing here. While I came away from this peek with a basic idea of what the series was about, and a good sense of the tone, I didn’t care one iota about any of the characters. Time and time again, writers seem to spend months/years plotting out these impressive universes only to fill them with bland stereotypes (protagonist Omar’s most distinguishing trait is his beard and long hair). It’s a shame, because the presentation on this title is as good as it gets.

As previously mentioned, this issue also features a glimpse at the upcoming Hotwire: Deep Cut. But again, beyond marvelling at Steve Pugh’s wonderful artwork, I honestly couldn’t synopsise what the series is about.

It feels petty to review a preview, but hey, if Radical Comics are charging a dollar for this issue, then arguably this premiere warrants a review. As a teaser of Radical’s new hot property, After Dark #0 fails in its sole purpose: to gather interest in the approaching miniseries.