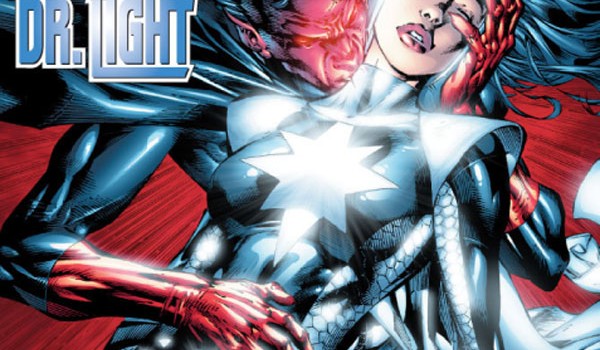 The fall of the Justice League empire continues, and with the upper tier members either resigned, deceased or on call, only John Stewart, Firestorm, Dr. Light, Vixen and Zatanna remain. With the exception of Zatanna, none of this makeshift line-up proves particularly interesting, and the team seriously needs a shake up as opposed to a drastic trim. I did enjoy John Stewart’s assessment of the JLA’s three leaders; how Batman is inclined to use people like soldiers and Superman too selfless to ever fully utilise his comrades, but Wonder Woman is a perfect combination of the two. McDuffie is a more than capable writer who appears to have dug himself into a hole with this storyline. Even an attempt at chemistry between Firestorm and Dr. Light feels painfully strained.

An encounter with Shadow Thief and Starbreaker offered little optimism that this title will recover from its post-Final Crisis slump any time soon. Pete Pantazis’ vibrant colours bring the best out of Morales’ art, but there’s nothing particularly praiseworthy about JLA in its current state. Your money would be far better spent on the superior Justice Society of America.