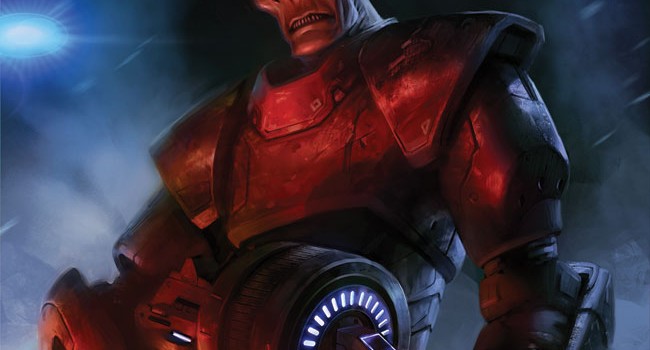 The universe Bioware have forged for Mass Effect is nothing short of magnificent, but it doesn’t take a particularly keen eye to spot the problem in expanding this blossoming space opera franchise into other media. While the promotional material for the recently released sequel may show the “canon” male Shepard, Bioware are clearly intent on letting each player feel as though their lovingly crafted protagonist – and the decisions he made – is their own. Consequently, the omission of Commander Shepard floats like a black hole at the centre of Mass Effect: Redemption – as well as the second Mass Effect novel, Ascension – and it’s a shame that, as with the better Star Wars comic spin-offs, Dark Horse have not opted for an unrelated character in another part of this potentially multifaceted world.

Nevertheless, the supporting cast in both games are all interesting enough to maintain a four-part miniseries, and though asari fan favourite Liara T’Soni is a fan favourite, she’s also a complicated character to write: as Liara may/may not (deleted where applicable) have had a relationship with Shepard, it is only ever ambiguously hinted upon.

But Mac Walters and John Jackson Miller have formed a decent enough story here, with Liara being recruited by Cerberus’s head honcho the Illusive Man to retrieve Shepard’s corpse. With Spepard conveniently spending this series in a coffin, we’ll hopefully get to see why Liara had transformed into a hard-nosed bitch with a grudge for the Shadow Broker in Mass Effect 2, and Liara’s shifty drell aid, Feron, also presents us a further look of the new race that debuts in the video game sequel.

Omar Francia’s art continues to perfectly capture the sleek designs, racial diversity and stark interiors of the video game – even if Liara has changed proportions somewhat – but I still feel that Atiyeh’s colours are too bright at times, and lacking in the neon-lit shadows that made Omega so compelling in the actual game.

Nevertheless, Mass Effect: Redemption is a fine looking book with a more than adequate story. It’s hardly a literary accomplishment, but it was never intended as such, and fans of the budding Mass Effect property won’t be disappointed.