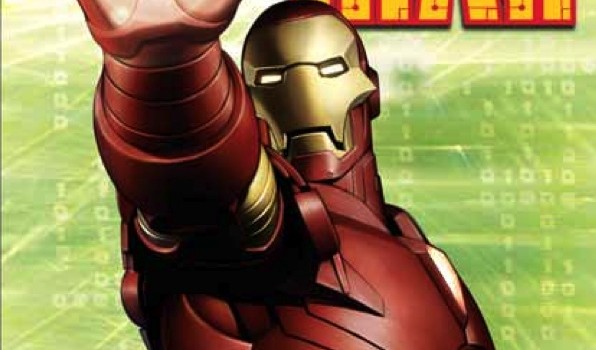 Titan Books have been kind enough to provide shelfabuse.com with 3 copies of the new Iron man prose novel by Alex Irvine, ‘Virus,’ which fills in the blanks between the first movie and the upcoming sequel. More info at Titan Books. In the clear blue skies above Long Island, two airplanes collide. Tony Stark watches  the scene in horror and wishes he had the technology that is almost within his  reach—a new hyper-intelligent instant control system that could have given the  aircraft advance warning. But Stark, an obsessive, increasingly troubled  recluse, doesn’t know that his invention has been compromised.

In fact, the collision was a carefully crafted hit on Madame Hydra, the final stage in Arnim Zola’s plan to seize control of HYDRA and get rid of Iron Man once and  for all. The cunning adversary has already infiltrated Stark Industries security to develop a version of the instant control mechanism that will take over the armoured suit and turn it against Stark and S.H.I.E.L.D. While Tony races to track down the source of the intrusion, Zola unleashes direly  ingenious computer viruses and the ultimate secret weapon: a murderous clone  army based on Stark’s most trusted friend. A puppet master of self-replicating  terror, Zola is plunging a city into a war that threatens to consume all in  its wake.

To win yourself a copy of Iron Man: Virus, simply email us here (subject: Iron Man Comp) with your name and the answer to the following stupidly easy question.

Which villain will Mickey Rourke play in the upcoming Iron Man 2 movie?

The competition will end midnight Sunday 7th March, and winners will be notified soon after. Please note that this competition is only open to residents of the United Kingdom. Sorry, everybody else!

UPDATE: The competition has ended.